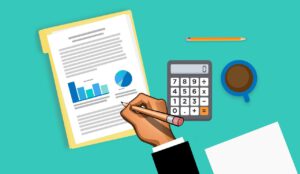 meHere are some words that appeared in an article discussing Robert Shiller’s CAPE metric: “In the U.S., it’s a popular way to measure valuations, as the CAPE ratio was very high right before the 2000 tech bubble crash, and also in 1929 in the great market boom before the Great Depression.”

Why The CAPE Metric Is So Important

All of the words in that sentence are accurate. CAPE is indeed a popular valuation metric and it indeed was high in 1929 and in 2000. But I think this sentence misses the point of why the CAPE metric is so important.

The CAPE metric does NOT tell investors when to get in or out of stocks. Yes, it was “right” in 1929 and in 2000. But you know what? The CAPE metric was flashing a red warning light re stocks in 1996 too and stock prices skyrocketed over the next four years. The CAPE metric is proven wrong as often as it is proven right for people using it to know when to jump in and out of stocks. It happened to get it right in 1929 and in 2000. But it does not get it right often enough to be used as a reliable indicator of where stock prices are headed in the short term.

I wish that people would stop using the metric for that purpose. Because even when those doing so are praising the metric, they are setting it up for failure in other circumstances. To appreciate the power of the CAPE metric, you have to understand what it is that it does effectively and why it is able to do that thing and not the thing that so many want it to be able to do (to signal where prices are headed in the short term).

The title of Shiller’s book on stock investing is “Irrational Exuberance.” That title suggests something shocking. It suggests that a portion of the money in our stock portfolios is not backed by economic realities, that a portion of that money represents nothing more than a passing emotional mood. What CAPE does is to reveal what portion of an investor’s portfolio is real and what portion is not. That permits him or her to plan his or her financial future more effectively than those investors who believe in the Buy-and-Hold idea that it is economic developments that cause stock price changes.

Seeing Into The Future

CAPE lets us see into the future. When we know how much of our portfolio represents nothing more than passing investor emotions, we know how much of the money in the portfolio we can count on to help finance our retirement. That one CAPE always gets right. It cannot specify when market turns will take place. But it can tell with seeming certainty that such turns will indeed take place sooner or later. That’s the more important trick although rarely do I hear this feature of the CAPE metric commented on.

Why can CAPE do the important thing (reveal the lasting value of a portfolio) but not the parlor-trick thing (signal market turns). Because it is shifts in investor emotions that cause price changes. Emotion shifts do not follow the dictates of logic. So they are unpredictable. CAPE cannot predict the unpredictable any better than any other signaling tool.

Shiller tried to use the CAPE metric to predict the future when he published a paper in July 1996 saying that investors who stuck with their high stock allocations would live to regret it within 10 years. His prediction failed. Stock prices zoomed in the following years. So CAPE doesn’t get the job done, right?

That’s not how I see it. Stock prices zoomed in 1996, 1997, 1998 and 1999, So CAPE did a very poor job of signaling price turns. But it did an outstanding job of telling us when prices had gotten so out of hand as to establish the conditions that bring on an economic crisis. Prices collapsed in 2008 and we all paid a price for failing to keep prices in check back in the late 1990s.

The post The Biggest Mistake That People Make Regarding The CAPE Metric appeared first on ValueWalk.