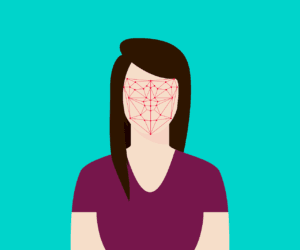 A new study from the University of Michigan on the use of facial recognition in schools is recommending that lawmakers and school administrators ban the use of this technology in educational settings. The researchers behind the study write that facial recognition in schools “will likely have five types of implications: exacerbating racism, normalizing surveillance and eroding privacy, narrowing the definition of the ‘acceptable’ student, commodifying data, and institutionalizing inaccuracy. Because FR is automated, it will extend these effects to more students than any manual system could.”

“Using facial recognition in schools amounts to unethical experimentation on children,” said Evan Greer (she/her), deputy director of digital rights group Fight for the Future who have been organizing to ban facial recognition for more than a year, “We’re already seeing surveillance vendors attempt to exploit the COVID-19 pandemic to push for the use of this ineffective, invasive, and blatantly racist technology. It’s time to draw a line in the sand right now. Lawmakers should act quickly to ban facial recognition in schools, as well as its use by law enforcement and corporations.”

Fight for the Future’s Campaign

Since last year, Fight for the Future has been leading a national campaign backed by dozens of other grassroots organizations calling for an outright ban on law enforcement and government use of facial recognition. In February, the group expanded its efforts to explicitly call for lawmakers to also ban private individuals, institutions, and corporations from using this technology in public places, for surveillance purposes, or without the subjects’ knowledge and affirmative consent, such as unlocking a phone.

Even seemingly innocuous uses of facial recognition, like speeding up lines or using your face as a form of payment, normalize the act of handing over sensitive biometric information and pose a serious threat to security and civil liberties. The group is also providing support for activists on the ground pushing for bans at the local level. Boston just became the largest city on the east coast to ban government use of facial recognition. Detroit City Council is expected to vote soon on whether to renew their police department’s contract with a facial recognition vendor.

Fight for the Future worked with Tom Morello of Rage Against the Machine and other artists to lead a successful campaign to keep facial recognition technology out of US music festivals and live concerts. More than 40 of the worlds’ largest festivals including Coachella, Bonnaroo, and SXSW confirmed they won’t use the tech at their events. The group then worked with Students for a Sensible Drug Policy to get more than 60 prominent colleges and universities to confirm they won’t use facial recognition on campus. 150+ university faculty issued an open letter echoing student demands to ban the use of face surveillance on college campuses. Students across the country held a national day of action in March.

New York recently became the first state in the country to enact legislation stopping the use of facial recognition in schools. Fight for the Future plans to work at the local, state, and federal level to keep students and teachers safe from this technology.

The post Study Calls For A Ban On Facial Recognition In Schools appeared first on ValueWalk.