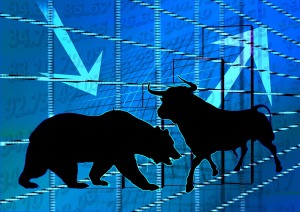 The rise is even more surprising because most tokens have a tendency of dumping at token distribution. It only makes sense as the early stakeholders could look to sell to the market. Nevertheless, the price action of $DOT is very bullish. Kyle Davies, leading crypto analyst and trader tweeted,

I was assured that there would be a Three Gorges Dam’s worth of sellers liquidity dumping $DOT when it listed. Y’all caught flat again?!

The currency is witnessing an increase in trading volume as the ‘New DOT’ enters the market. The token is currently in the price discovery phase with the total market capitalization of $3.5 billion, surpassing Binance [BNB] Coin to attain 10th position on CoinGecko. The last token to pump beyond market expectation was LINK which is at a 5th position which, currently, has a market cap. of over $5.9 billion.

One can see two versions of DOT on CMC and CoinGecko (‘New’ and ‘Old’). The old dot represents the earlier supply of $DOT tokens before the re-denomination on 21st. Many exchanges like Bitfinex and Binance rushed in on 18th to allow trading of the New $DOT.

Gavin Wood, the co-founder of Ethereum and Polkadot tweeted,

As forewarned, some unscrupulous exchanges listed 𝘕𝘦𝘸 𝘋𝘖𝘛 today rather than Friday – the Denomination Day agreed upon by the@Polkadotcommunity. While we can’t control these CEXs, we can urge them to stop. Their actions are putting our community at risk.

Nevertheless, the token has continued to pump since the listing itself rising to highs above $3 before the denomination event.

The announcement for possible listing on Coinbase was made in September 2019. Coinbase listing process involves compliance with the Digital Asset Framework laid down by the firm. It evaluates projects on the basis of fees, source-code (must be open), economics, team, token distribution and so on.

The most recent addition of $BAND is a positive signal for Polkadot investors. Band Protocol (BAND) is a cross-chain data oracle platform. Polkadot is also a cross-chain platform for running decentralized applications. The recent integration of Chainlink on the substrate platform by Polkadot sets the base for on-boarding of dApps. However, the prospect of addition on Coinbase are only rumours, at the moment, expressing the over-enthusiasm of investors or marketers.

The liquidity from new exchanges is an important catalyst for continued bullish action. Otherwise, there is a probability that the euphoria will dry out among limited participants. Moreover, on-chain adoption might also take precedence with increasing development around the blockchain.

Do you think Polkadot can become the next Chainlink? Please share your views with us.