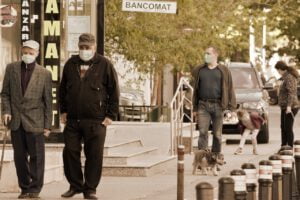 According to new reporting in the Wall Street Journal, a panel of inspectors general demanded this week that the Small Business Administration (SBA) release information on recipients of Trump’s Paycheck Protection Program (PPP) who received loans of at least $25,000. The watchdog panel says that the SBA’s failure to disclose information on recipients of assistance through the poorly designed, poorly implemented program violates the 2006 Federal Funding Accountability and Transparency Act.

Accountable.US released the following statement on behalf of its president, Kyle Herrig, in response:

“We already know that Trump’s poorly designed, poorly implemented Paycheck Protection Program let wealthy, well-connected businesses run away with loans of more than $150,000 while actual small businesses got boxed out. What is the administration trying to hide by keeping the public in the dark? The SBA needs to release this information so we can make sure mom-and-pop shops get the support they need going forward.”

As reports of fraud, abuse, and misuse of the PPP have mounted, Accountable.US has spent months calling on the SBA to make more information about the program public. Here’s what else we need to know: