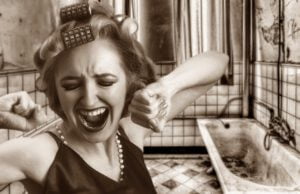 The COVID-19 pandemic is putting people out of work, slowing down lots of industries, and causing businesses to close. But at the same time, an uncertain chapter in America’s economic history may provide opportunities for individuals looking for a fresh start – or a soft landing.

The Economic Downturn Is Taking A Toll

Nearly half of small business owners in the U.S. are 65 and older, and a good number are considering selling their business rather than putting their resources and energy into bouncing back from the recession. But isn’t an economic downturn an inopportune time to sell a business?

Not necessarily, says Terry Monroe, founder and president of American Business Brokers & Advisors (ABBA) and author of Hidden Wealth: The Secret to Getting Top Dollar for Your Business.

“Some think due to the current difficult times many businesses are having that they wouldn’t be able to get a reasonable sale price,” Monroe says. “And they worry that they’ll have to delay retirement for several years because of COVID-19. But the reality is, there are lots of people, including the unemployed, looking to reinvent themselves and for a chance to run their own business. Investors with plenty of money are always around looking for good opportunities.

“The baby boomers who own many of these businesses are burned out and want to get out. But small business owners in general often don’t realize all that is required to achieve a successful sale. Done the right way, selling can result in owners walking away feeling they got good value for all they put into their business.”

Factors To Consider Before Selling A Business

Monroe says owners should think about the following factors when considering putting their business on the block:

“Selling a business involves considerable thought and performing lots of work with an unknown timeline,” Monroe says. “But doing it right can lead to the reward one deserves.”

Terry Monroe, is founder and president of American Business Brokers & Advisors (ABBA) and author of Hidden Wealth: The Secret to Getting Top Dollar for Your Business. Monroe has been in the business of establishing, operating, and selling businesses for more than 30 years. As president of ABBA, which he founded in 1999, he serves as an advisor to business buyers and sellers throughout the nation. His knowledge and expertise in multi-store operations and sales has led to many multimillion-dollar transactions. As an expert source in the convenience store industry, he writes a routine “Financial Insights” guest column for Convenience Store News and has been featured in numerous publications, including The Wall Street Journal, Entrepreneur magazine, CNN Money, and USA Today.

The post Nearly half of small business owners in the U.S. are 65 and older appeared first on ValueWalk.