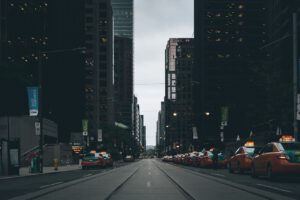 Rideshare Drivers to Protest Across CA as Uber, Lyft Threaten to Abandon Drivers, Passengers Amid Pandemic

(SAN FRANCISCO, CA) Uber and Lyft drivers with advocacy groups We Drive Progress, Gig Workers Rising, and Rideshare Drivers United will rally and distribute PPE outside Uber HQ on Thursday as part of a statewide day of action. Drivers are demanding that Uber and Lyft follow California law granting drivers’ basic employee rights and to denounce the corporations’ efforts to avoid their responsibilities to workers. They will also spread the word about the dangers of Uber’s ballot initiative, Proposition 22.

Drivers also intend to display a giant, 8 ft inflatable baby outside of Uber HQ to highlight how these ultra-wealthy corporations and their CEOs are choosing to act like petulant children, threatening to “take their ball and go home” if they don’t get their way, rather than follow the law and guarantee drivers can survive the COVID-19 pandemic.

Uber and Lyft both recently threatened to halt service in California after a judge ruled that the ride-hailing companies must immediately follow state law and classify their drivers as employees. The court’s ruling would force Uber and Lyft to ensure drivers are paid minimum wage and have access to health insurance and paid sick leave.

Instead of complying with the law, Uber and Lyft have promised to spend $30 million each to pass Proposition 22, a measure on the November ballot that would exempt the rideshare corporations from basic labor laws other employers are bound to in the state.

WHAT: Rally and PPE distribution at Uber HQ

In May, the California Attorney general filed a lawsuit against Uber and Lyft alleging that both companies continue to misclassify California drivers as independent contractors in violation of California law, AB 5. Uber and Lyft’s misclassification of workers deprives drivers of basic workplace protections including unemployment, paid sick leave, and livable wages.

Uber and Lyft’s misclassification of workers deprives drivers of basic workplace protections, including unemployment, paid sick leave, and livable wages. A report from the UC Berkeley Labor Center found that if the companies treated drivers as employees, they would have paid $413 million into the state’s unemployment insurance between 2014 and 2019, funds California desperately needs.

In another blow to Uber and Lyft, the California Public Utilities Commission, the state entity that regulates rideshare companies, issued a memo on June 9, restating that rideshare drivers are the companies’ employees if they meet the ABC test under AB5.

A Ballot Initiative Written for and by Rideshare Companies

Prop 22 is being paid for and put on the ballot by Uber, Lyft, and Doordash. If passed this November, it would rewrite California labor laws in favor of these corporations and against gig drivers. As the pandemic surges and the economy worsens, the Uber initiative would permanently strip workers their fundamental rights, including overtime pay, paid family leave, sick days, affordable health insurance, access to unemployment insurance/a safety net, and protections from getting fired for reporting harassment, discrimination, or wage theft.

Prop 22 would make it nearly impossible for California lawmakers and local governments to strengthen worker protections and our rights – no matter what.

Gig Workers Rising is a campaign supporting and educating app and platform workers who are organizing for better wages, working conditions, and respect. @GigWorkersRise

We Drive Progress is a movement of app-based workers across Northern California. We are part of a coalition of over 24,000 drivers statewide who are responsible for the billions that companies like Uber, Lyft, and their investors pocket every year. We’re uniting to win our union and a better life for ourselves and our loved ones.

Rideshare Drivers United is a driver-led organization with more than 18,000 drivers in the state of California. @_drivers_united