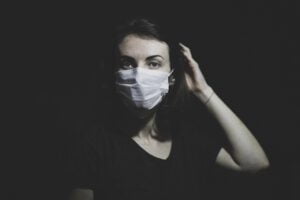 The latest update is that lawmakers are far from a deal on the next coronavirus relief package, although signs that a bipartisan spirit is returning to Congress have appeared. It’s looking again like the next stimulus package won’t include a second round of checks, but it will include money for the U.S. Postal Service.

The biggest sticking point between Republicans and Democrats has been the price tag of the coronavirus relief package, and that has prevented any update for the last two weeks. The disagreement was so strong that the two sides didn’t even look at any specific provisions in depth.

The Democrats demanded that Republicans agree to increase the price of the package from $1 trillion to $2 trillion. They wouldn’t even return to the bargaining table if Republicans wouldn’t agree to that. However, news reports indicate that some rank-and-file Democrats are starting to change their tune.

Both houses of Congress are on their August recess, and the Senate isn’t expected to return until September. The House of Representatives is preparing to return and vote on funding for the Postal Service. However, they are unlikely to take up the issue of the coronavirus relief package, which makes the likelihood of further updates any time soon very small.

Democrats may cut their bill “in half…” or not

At a Politico Playbook event, House Speaker Nancy Pelosi said they were “willing to cut our bill in half to meet the needs right now.” She added that they would take up the other issues in January.

According to Bloomberg, her spokesman said later that she was referencing the Democrats’ previous offers to meet Republicans “halfway, not cutting out bill in half.” That makes it sound like the Democrats haven’t actually changed their position and are still seeking a $2 trillion price tag rather than $1.5 trillion, which would actually be cutting their bill in half.

As the Democrats talk about reducing the size of their coronavirus relief package, Republicans have talked about rolling out a bill that’s even smaller than the $1 trillion they originally offered. Their $500 billion measure doesn’t include a second round of coronavirus stimulus checks, which is the only provision both parties agree on.

The coronavirus relief package includes $10 billion for the Postal Service, a compromise the GOP was willing to provide for the Democrats. It would also provide $300 in extra weekly unemployment benefits and provide further relief for small businesses.

Democrats want to extend the full $600 in weekly unemployment benefits, but Republicans want to reduce the amount, so people don’t keep getting paid more on unemployment than they did on the job. It’s unclear whether Democrats will be willing to accept a reduced amount just to get something passed or whether the issue will remain a major roadblock to an agreement between the two parties.

Further, there will likely be no update on the next coronavirus relief package because lawmakers are still failing to reach a deal.

The post Latest update on coronavirus relief package is just a mirage appeared first on ValueWalk.