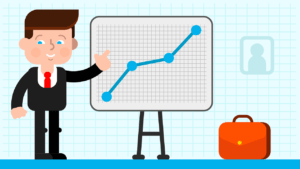 Although President Donald Trump has led our nation into the worst recession in over eighty years, nearly one of every two Americans still believes he has been good for our economy. And a large majority of his   his adoring followers think his economic stewardship has been very good, if not outstanding.

The Important Measures Of The Economic Output

But how should our economic performance be measured? Nearly every economist will tell you that, by far, the two most important yardsticks are our nation’s output of goods and services – and how much of that output consumers are purchasing. Another important measure is our unemployment rate.

Our economy took a huge hit in the April-June quarter, when our output fell by almost ten percent, and our consumption by somewhat less. And our unemployment rate was in double-digits. Indeed, this was our worst economic performance in over eight decades.

But our stock market has been on a tear since late March, and over the three and a half years since President Trump took office, the market is up by about one-third. So, the president seems quite justified in taking credit for this “yuge” increase in stock prices.

In addition to a $1.5 trillion tax cut that he helped push through Congress, Trump allowed giant international corporations to repatriate hundreds of billions of profits from abroad at very low tax rates, Nearly all of these funds were used for stock repurchases, thereby driving up stock prices. The president then bullied the Federal Reserve to keep interest rates extremely low, giving stock prices a further boost.

The stock market does enable relatively new firms to raise substantial capital through Initial Public Offerings (IPOs), but the market’s primary job is to enable buyers and sellers of existing stock to complete virtually instantaneous trades. Still, at the end of the day, the stock market raises just a small fraction of the capital needed by the nation’s business firms.

The stock market also serves as a leading indicator of business conditions, and generally foreshadows recessions by falling months before the economy begins to turn down. So, while falling stock prices predict recessions, they don’t cause them.

Finally, the stock market has a small influence on consumer spending through what economists call “the Wealth Effect.” For example, if your stock-holdings rise by $100,000, you might go out and spend an extra $3,000 or $4,000 on consumer goods that you had not been planning on buying.

How Trump Thinks The Economic Performance Should Be Measured

In sum, while the stock market does play a few minor roles in our economy, many Americans grossly overestimate its actual importance. And perhaps no one overestimates its importance more than President Trump. The man truly believes that our economic performance should be measured by the Dow, S&P and Nasdaq indices.

It follows that tens of millions of the president’s political supporters cheer rising stock prices, which they consider tangible evidence of Mr. Trump’s astute economic leadership. And so, even in these disastrous economic times, they continue to give him high marks for his management of our economy.

What is truly ironic is that relatively few members of his base – largely white people without college degrees – have substantial stock holdings. So no matter how high stock prices may soar, few will make a killing.

The post It’s the Economy, Stupid! appeared first on ValueWalk.