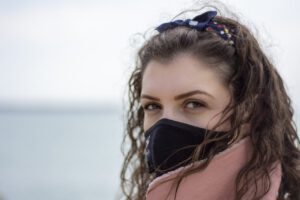 Many Senate Republicans were not in favor of the $1 trillion HEALS Act, the GOP stimulus proposal introduced in late July, and wanted something that cost less. Now, there is a report that the Senate is readying a smaller coronavirus relief package that costs even less, about $500 billion.

Smaller coronavirus relief package: what does it include?

A report from the Chicago Tribune, citing a GOP senator, said Senate Republican leaders are working on a new coronavirus stimulus package that could cost about $500 billion. As per the report, the new proposal would offer unemployment benefits, as well as funds to smaller businesses.

Sen. Roy Blunt, a member of the Senate Republican leadership, said the new package would offer $300 in extra unemployment payments. Further, the senator noted that the additional payment would run through 2020.

The CARES Act, which was passed in March, provided $600 in federal unemployment benefits. But, it expired at the end of July. Democrats wanted to continue with the $600 in payments, but Republicans and Trump opposed it.

Blunt, further, said the new measure would include funds for schools and for businesses struggling due to the coronavirus pandemic.

Citing a GOP Senate aide, the report said the anticipated bill would offer $105 billion for education. The aide also informed that the bill may also offer $16 billion for virus testing and another $29 billion for developing vaccines and other related things.

Why a new, smaller package from the Senate?

Citing another GOP aide, the report noted that the smaller coronavirus relief package would include $10 billion for the US Postal Service. Funding for the post office has attracted a lot of controversy lately. President Donald Trump recently suggested that he is blocking the stimulus deal because he doesn’t want to give funds to the post office as it would help in handling mail-in ballots.

House Speaker Nancy Pelosi has called the House back from recess to vote on the postal service legislation on Saturday. The voting will be on legislation to provide $25 billion of funding to the Postal Service, as well as block any changes that could jeopardize mail-in voting.

Surprisingly, the report does not say anything about the stimulus checks that Americans are eagerly waiting for. However, it is unlikely that another stimulus package would not include stimulus checks.

Both Democrats and Republicans in their proposals have talked about giving $1,200 stimulus checks to those earning less than $75,000. Also, no stimulus checks could go badly for the politicians and Trump with elections just two months away.

The post Is GOP readying smaller $500B coronavirus relief package with no checks? appeared first on ValueWalk.