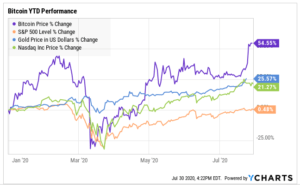 Bitcoin is up by almost 55% in the year-to-date period, but that is not the interesting news. The important news is that Bitcoin has pulled off an unexpected rally in the last week, and a recurrent trend in all of the latest bitcoin analysis is that the cryptocurrency might be off to another 2017-like rally to the moon.

The recent rally is unexpected because Bitcoin’s performance has been mostly tepid since the start of the year. For one, the expectations of a safe-haven rally in response to the COVID-19 pandemic failed to materialize. Also, much of the bullish sentiment about a post-halving rally appeared to be priced in and the post-halving rally didn’t happen.

However, the recent gains suggest that the safe-haven sentiments around bitcoin might be right after all. For one, Bitcoin’s 54% YTD gains more than doubles the 25% gains that gold has recorded and the 21% gains in the tech-heavy NASDAQ index in the same period. Bitcoin’s price rally has also dwarfed the practically flat performance of the S&P 500 in the same period. 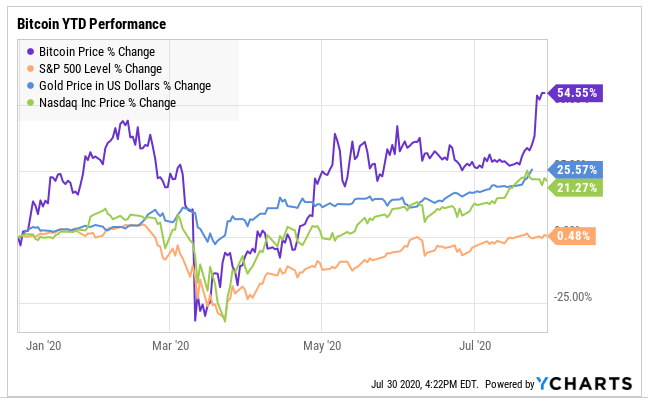 The bullish case for Bitcoin

One of the factors driving the rally in Bitcoin and the rest of the crypto market was news from last Wednesday indicating that the Office of the Comptroller of the Currency (OCC) might be pushing out a policy that empowers banks to engage in crypto-related activities.

For the most part, especially after the 2017 ICO craze, traditional financial institutions have largely avoided cryptocurrency-related businesses because of a lack of regulatory clarity. This letter from the OCC now provides much-needed clarity and it suggests that there’s not much of a regulatory obstacle preventing traditional financial institutions from supporting crypto businesses.

Another rational explanation for Bitcoin’s recent rally is that the world is now starting to come to terms with the realities of an uncertain economic environment as the COVID19 pandemic continues to rage on with the possibility of a second wave.

U.S. equities have largely forged ahead and unperturbed by COVID19, all thanks to generous stimulus packages and other pro-business government policies. However, the increasing number of cases, the high chance of a second wave, and the political uncertainties of an election year are starting to dawn on investors and gold, the de facto safe-haven asset has been on a solid rally over the past several weeks. 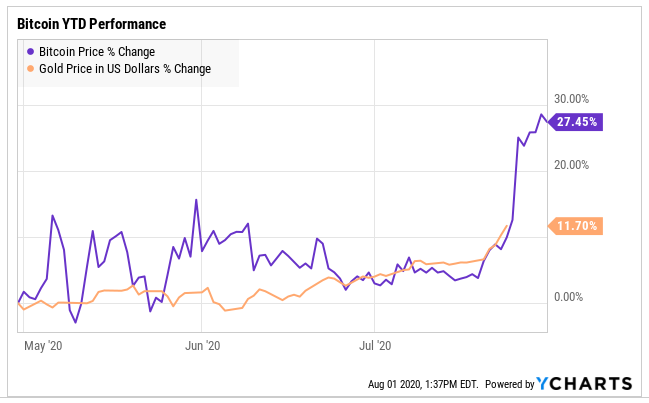 Bitcoin has always been regarded as the digital equivalent of gold; hence, it shouldn’t be surprising that Bitcoin’s rally has started to rhyme with the rally in gold. Coincidentally, data provider Glassnode has reported that the number of Bitcoin whales or wallet addresses with more than $1 million in Bitcoin has increased by 40% in the last 2 months to match the rally in gold.

Is there a correction on the horizon?

Bitcoin has had a series of false starts and failed attempts to repeat the historical rally that it had in 2017. Hence, there are still valid fears that the current rally might be short-lived and that a correction is around the corner.

To start with, some key indicators used in technical analysis suggest that the rally is already overextended at Bitcoin’s trading price around $11,600. One such indicator is the funding rate, which compels holders of long or short Bitcoin futures contracts to pay a fee once every eight hours based on the prevailing market sentiment. 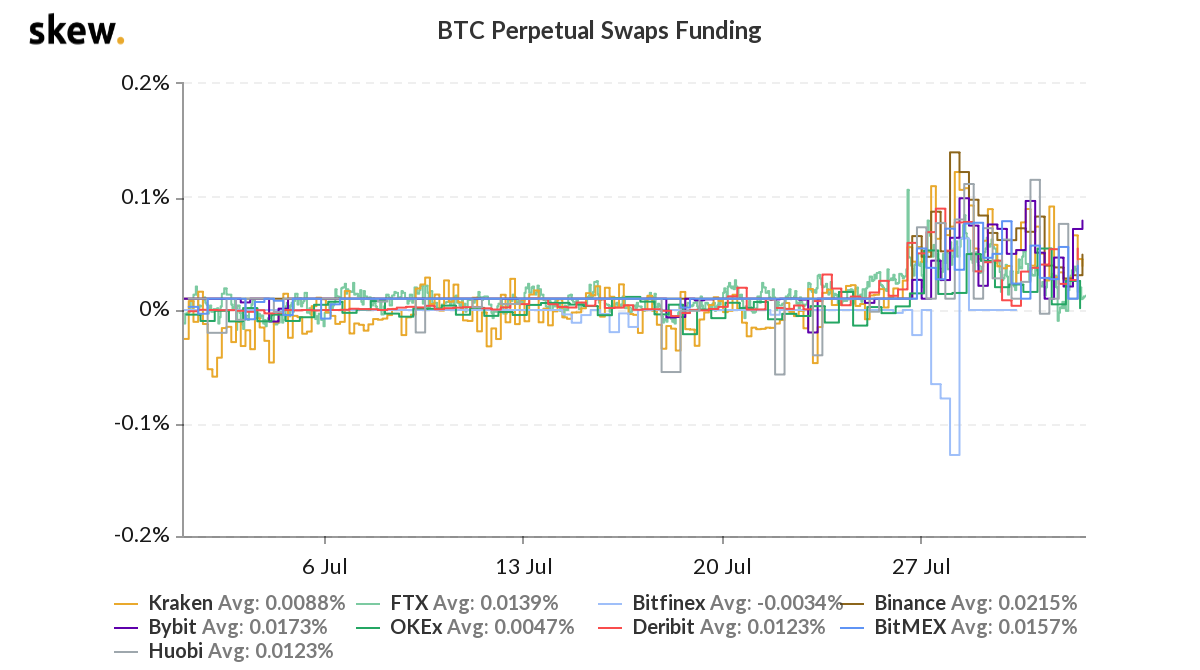 However, the funding rate in the last few days suggests that the market is overwhelmingly bullish, but it also exposes Bitcoin to the risk of a long squeeze. Also, when considered from a contrarian perspective, one could also argue that the high funding rate of perpetual swaps will be potentially unsustainable in the short term.

The cryptocurrency market is incredibly volatile and Bitcoin if often the driving force behind much of that volatility. Right now, Bitcoin is enjoying a bullish rally and the general cryptocurrency market is trending up. The OCC’s letter reaffirming that banks can support legit crypto businesses suggests that traditional financial institutions will start to take a more active role in facilitating the purchase of and providing custodial services to cryptocurrencies.

One of the potential benefits of the intentional participation of banks in crypto services is that regular investors will start considering Bitcoin as money or a money equivalent. In the long term, the involvement of traditional financial institutions in the crypto space could potentially unlock the mass-market adoption of cryptocurrencies. In the short term, only time will tell if the current rally will be short-lived or not.

The post Is Bitcoin Ready to Rally to the Figurative Moon? appeared first on ValueWalk.