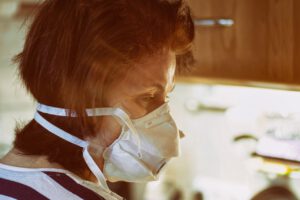 There were reports last week that the Senate was readying a so-called skinny proposal that will not include stimulus checks. Now CNBC claims that the GOP could release a smaller coronavirus relief package to members of Congress as soon as this week.

According to the news outlet, this latest GOP proposal won’t include any direct payments, such as the $1,200 stimulus checks Americans received under the CARES Act. Further, this new coronavirus relief package from the GOP will reportedly cost just $500 billion.

Such a small bill is unlikely to get the support of Democrats, who have been demanding a package costing $3 trillion. The GOP also must realize that this smaller coronavirus relief package won’t get the approval of Democrats. They may want to use it as a tool to put pressure on Democrats to accept their earlier proposal or to restart negotiations.

However, House Speaker Nancy Pelosi has made it clear that she does not intend to restart negotiations until Republicans increase the size of their offer.

“Democrats have compromised in these negotiations. We offered to come down $1 trillion if the White House would come up $1 trillion,” Pelosi’s deputy chief of staff, Drew Hamill, told Fox News.

What’s holding up the negotiations?

Republicans and Democrats are currently in a stalemate over the next relief package. The Democratic-controlled House of Representatives approved the $3 trillion HEROES Act in mid-May. Both sides differ on several provisions, but they agree on a few points as well.

Late last month, Senate Majority Leader Mitch McConnell introduced the $1 trillion HEALS Act. This package largely focuses on liability protections and reopening schools. Since the introduction of the HEALS Act, both sides have been in negotiations but have failed to strike a deal.

There haven’t been any major talks over the past couple of weeks as both the House and Senate are on recess. The House returned on Sunday to vote on $25 billion in funding for the U.S. Postal Service, but there were no talks on the stimulus package.

On Wednesday, White House Chief of Staff Mark Meadows told Politico that he tried to reach out to Pelosi to resume negotiations but got no response. However, Pelosi’s office denies that there were any such attempts to restart negotiations.

Meadows expects Pelosi to resume talks toward the end of September when Congress faces a deadline to propose a budget for fiscal 2021.

The post GOP may propose smaller coronavirus relief package with no checks this week appeared first on ValueWalk.