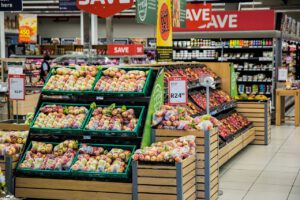 At a time when unemployment and the coronavirus pandemic are causing food insecurity for many Americans, a new study indicates that the issue also causes long-running health problems. The study was conducted by a team of researchers at Ball State University and Walden University and published in the Sage Journals.

Among the health problems reported by those who experienced food insecurity were heart problems. The study found that death from heart disease and cardiovascular problems was 75% higher in those who have experienced food in security, even after controlling for demographic and health risk factors.

“A major finding is that food insecurity had an independent effect on cardiovascular mortality even after controlling for known pre-existing cardiovascular conditions like congestive heart failure, stroke, angina, coronary heart disease, or myocardial infarction,” Ball State epidemiologist Jagdish Khubchandani said in a statement. “Therefore, food insecurity can be considered a fundamental risk factor for CVD and should be added as a guideline for the assessment of cardiovascular risk.”

The finding involving food insecurity and health risks comes at an important time. The American Heart Association is working on innovative approaches to improve health in ways that are impacted by diet. The organization is also working on a sustainable food system, according to Khubchandani, a processor of health science at Ball State’s College of Health.

To conduct their study, researchers analyzed data on adults from the 1999 to 2010 National Health and Nutrition Examination Survey and mortality data through 2015. In addition to revealing increased health problems, the study also found that those who experience food insecurity tend to be younger, minorities, poorer, less educated, obese, smokers and diabetics.