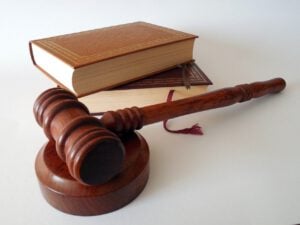 En Banc Argument Suggests Trouble Ahead For Michael Flynn; Judge May Hear Reasons, Including Secret Ones, Why Conviction Shouldn’t Be Vacated

A Criminal Conviction Against Michael Flynn

WASHINGTON, D.C. (August 11, 2020) –  From an unusual argument before 10 different appellate judges, in a case seeking an even more unusual and perhaps even unprecedented order to prevent a judge from even considering arguments why he shouldn’t dismiss a criminal conviction against Michael T Flynn, it appears that the judge will be able to hear the arguments, and perhaps even explore the circumstances under which the dismissal is sought.

These circumstances may include secret reasons, as hinted by the government during oral argument, says public interest law professor John Banzhaf, who has argued that federal judge Emmet G. Sullivan should be able to fully consider the situation.

Banzhaf notes that Jeffrey Wall, the acting U.S. solicitor general, suggested that there may be secret reasons for the governments unusual decision to reverse the conviction.

He confessed to the judges that the decision of Attorney General William Barr came “in the context of non-public information from other investigations.”  “I just wanted to make clear that it may be possible that the attorney general had before him information that he was not able to share with the court . . .  and so what we put in front of the court were the reasons that we could, but it may not be the whole picture available to the executive branch.”

Although federal judge Emmet G. Sullivan’s decision to permit outsiders to comment on and possibly influence his ruling regarding former national security adviser Michael Flynn might be unusual, it is certainly not unprecedented, nor is is it illegal or even illogical, says Banzhaf, who has been involved in several similar situations himself.

Everyone seems to agree that the judge must have some discretion regarding the motion – he’s not just a rubber stamp – since the government, under Federal Rule of Criminal Procedure 48(a), may dismiss an indictment, information, or complaint only “with leave of the court.”

Or, as those seeking to be heard have argued: “So if the court finds dismissal would result in a miscarriage of justice, it can deny the motion, refuse to permit withdrawal of the guilty plea and proceed to sentencing.”

So the only question is whether or not the judge is legally precluded from obtaining a range of legal opinions to help him decide.

To say that he is supposed to exercise his legal discretion and judgment as an impartial judge, but must be shielded from any opinions other than from the two parties before him, makes little sense, especially on a case of national importance and impact, and as to which many impartial experts – not simply spokespersons for special interests – have differing opinions.

This is particularly true when the judge is not covertly seeking the opinions of others – e.g., fellow judges – but rather in a completely open and transparent way is asking for comments which will be placed on the public record, and subject to rebuttal by the parties to the case (or anyone else) who disagrees.

As a general principle, notes Banzhaf, if a judge or agency regulator has discretion, he may receive and even invite assistance in exercising the discretion, with the expectation that a wide range of information, legal precedents, and arguments will in the long run lead to better and fairer decision making.  This is true even if no specific rule or recognized procedure provides for obtaining such input.

For example, Prof Banzhaf and his law students submitted a formal “legal petition for rulemaking” to the D.C. Police Department, even though its rules did not provide for any such rulemaking petitions, or even for rulemaking proceedings, and the request – for additional protections for battered spouses – was granted.

In other words, it’s not improper to try to influence a judge or regulator, provided that the process is open and aboveboard.

Contrary to the argument made by Flynn’s attorney, allowing third-party comments would not “usurp the role of the government’s counsel” or create a new prosecutor, since the outsiders will be speaking only for themselves and not as spokesmen for the government, and the judge is free to give little if any weight to their position.

Indeed, the concept of a third party, or friend of the court (“amicus curiae”), offering information, expertise, or insight which might, for a variety of reasons. not be provided by a formal party to a case, originated in Roman law, and was incorporated into English law as early as the 9th century.

All recognize that the parties to a case cannot always be countered open to forcefully and effectively make all of the facts, legal precedents, and policy arguments relevant to a final decision.

Unlike intervenors, who become parties to the proceeding and are entitled to participate actively, an amicus can only make arguments which a court is free to accept or reject.

Banzhaf notes that the Supreme Court has not only approved the practice of having a third-party present arguments to a court; it has actually used the procedure itself.

For example, when the Regan administration stopped supporting the position of the IRS in opposing tax-exempt status for Bob Jones University, the Court reached out to a respected civil rights lawyer, William T. Coleman, and had him participate in arguments before the justices so that all aspects of the case were before them.

Otherwise, all of the formal legal arguments presented to the justices would have been in favor of upholding tax exemptions for racially discriminatory schools, says the professor.

And of course that is an exact parallel to what Sullivan has done when he invited a well known lawyer and former federal judge, with no connection with the criminal case, to advise the court whether it “should issue an order to show cause why Michael Flynn should not be held in criminal contempt for perjury” pursuant to a federal law that gives judges broad authority to punish “misbehavior of any person in its presence or so near thereto as to obstruct the administration of justice.”

Banzhaf notes that he himself played a similar role of third party in two criminal proceedings.

In the Watergate era, when a grand jury under Judge John Sirica was considering bringing criminal charges against some of the figures involved, Banzhaf made a filing with the court seeking the appointment of a special prosecutor.

Judge Sirica never granted Banzhaf’s request since he said he would take that step himself if and when it was warranted.  But, notes Banzhaf, neither the judge nor anyone else in the case raised any legal objections to the ability and legal propriety of an outsider such as Banzhaf participating in a criminal proceeding.

In another instance, when former Vice President Spiro T. Agnew was on trial for various federal charges, Banzhaf again filed a request with the court seeking the appointment of a special prosecutor to avoid what he claimed were several obvious conflicts of interest.

Agnew plead guilty before the judge could act on Banzhaf’s request, which was mooted by the guilty plea, but once again no one questioned Banzhaf’s ability to actively participate in an ongoing criminal case.

Banzhaf also went on to help establish the legal principle that outsiders should be able to participate in quasi-criminal proceedings when the Federal Trade Commission [FTC] seeks to impose penalties on companies for unfair and deceptive trade practices.  He has also appeared as amicus in almost a dozen other proceedings.

It would be illogical – and contrary to the interests of the public which might be affected by a decision in a criminal proceeding which can have an impact far beyond the two parties to the case – that a judge is given discretion to make a ruling, but must put on blinders in making it, and shut his ears to any arguments other than those of the two parties before him – even if there is no collusion between them, and when their positions might be based more on politics than policy, as has been suggested here.

Here, of course, the case has very important national and political implications, and the new disclosures by the government that it apparently did not reveal the true reasons for seeking the dismissal make the argument for a judge being able to fully consider all aspects even more compelling.

As another example, victims of crimes routinely appear before a judge – either with a written submission or an oral statement – to explain how they believe a criminal defendant should be sentenced.

Although now generally required by the Crime Victims’ Rights Act [CVRA], such participation was frequently granted before there was any formal rule or statute permitting it – which is exactly the situation involving Judge Sullivan and defendant Michael Flynn, argues Banzhaf.

Hundreds of other interested citizens – those who have no rights under the CVRA – nevertheless write to judges in criminal cases arguing for a particular sentence, and sometime even commenting on rulings involving witnesses, evidence, etc., notes Banzhaf, as additional examples of third parties offering input to a judge in criminal proceedings.

Indeed, notes Banzhaf, he just did exactly that in a current legal proceeding involving the detention of immigrant children.