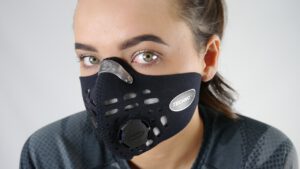 Since the start of this week, we are getting hints from both Democrats and Republicans that talks over the next coronavirus relief package could start soon. The same happened on Wednesday as well when Senator Mark Warner urged members of Congress to return to Washington for talks over the next stimulus package.

Warner (D-VA) shared his thoughts on a Facebook Live Town Hall on Wednesday. The Senator believes the focus of the bill would be not so much about support for another stimulus check. Rather, the bill would focus more on issues like unemployment benefits, rental assistance, and help for small businesses.

“I think there’s probably less support for another straight stimulus check because that goes to people regardless of whether they’ve been hurt or not by COVID,” Warner said.

Warner believes that both Democrats and Republicans should focus on those hit hard during the coronavirus pandemic.

In a letter on Tuesday, the group urged Pelosi to vote on a bill to reinstate the $600 federal unemployment benefits. Further, the letter said the unemployment should be reinstated until the health emergency ends. After that, the benefits should be phased out as state unemployment rates drop.

“We owe it to people waiting to get back to work across the country not only to extend unemployment benefits to help them pay their bills, but to tie these benefits to economic conditions so workers are not held hostage by another cliff like this one,” the letter read.

The letter was signed by 114 lawmakers, and was led by Democratic Reps. Scott Peters, Don Beyer and Derek Kilmer.

The House is scheduled to convene this weekend to vote on a bill to fund the U.S. Postal Service. Also, the House would vote on reversing changes that Democrats believe would make it difficult to carry out mail-in voting.

Democratic leaders and the Trump administration have not restarted talks after it failed earlier this month. Democrats initially proposed the $3 trillion HEROES Act, but after the negotiations started, Pelosi offered a compromise of about $1 trillion. Republicans, however, are in favor of a $1 trillion plan.

Speaking to Politico on Tuesday, Pelosi said, “We have to try to come to that agreement now,” adding that Democrats are “willing to cut our bill in half to meet the needs right now.” Later, Pelosi’s spokesman Drew Hammill clarified that Pelosi was reiterating her earlier stance that Republicans should double their offer to start negotiations.

On Tuesday, an NBC report noted that the House could vote on a smaller version of the $3 trillion HEROES Act.