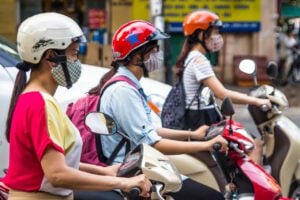 More Americans are getting frustrated with the combination of the ongoing coronavirus pandemic and empty talks by politicians of sending out another round of stimulus checks. Such users are taking to social media platforms to express their frustration over the wait for the coronavirus relief package, resulting in a new trending hashtag, OccupyCongress.

This new hashtag, Occupy Congress, calls for Americans to demand that the politicians take action on the coronavirus relief package, or else be voted out. Those using this hashtag want new faces to ‘occupy’ the Senate and the House of Representatives.

Lawmakers passed the first stimulus checks in March. Since then, Americans has seen several stimulus proposals, assurances from lawmakers and the blame game for the failed negotiations.

This has discouraged many Americans, who under the ‘OccupyCongress’ hashtag, are now flooding politicians with messages, tweets, calls, and emails demanding action on the coronavirus relief package, or else face the consequences during the November election.

“#OccupyCongress If left to their own devices congress would let us starve. We need to force them to get back to work and help all the Americans who are hungry, homeless and struggling through no fault of their own,” read a tweet.

Many Americans are also against the Senate and House taking a recess at such a crucial time. They argue that politicians could have delayed the recess to develop consensus on the relief bill. Some also argue that the lawmakers should have come up with a smaller relief bill to provide at least some support. A few people are also pointing to the steps taken by other countries to help cash-strapped individuals.

It’s time to take it to the streets.

Congress has failed us, the poor and working class, as usual.

Since their on vacation yet again, we’re going to meet them at home. #OccupyCongress pic.twitter.com/HKuBSNh4CV

Lawmakers passed the CARES Act in March. Then in May, Democrats approved the $3 trillion HEROES Act as their proposal for the next stimulus package. Republicans, however, introduced their proposal, the HEALS Act costing $1 trillion, in late July. Since then both sides have been in negotiations to come up with the final package.

Both sides were unable to reach a deal by August 7, which was the deadline. After this date, the Senate and House were scheduled to go on a month-long break. The House went on break as scheduled, but the Senate stayed in office for a few more days in the hopes of striking a deal.

Following the stalemate, President Donald Trump came up with executive orders on some provisions. Many, however, believe that these executive orders have no real meaning and won’t solve the issues.

Hopes of a deal reignited after House Speaker Nancy Pelosi called the House back last weekend to vote on important legislation related to the U.S. Postal Service. However, we haven’t yet seen any further negotiations on the coronavirus relief package.