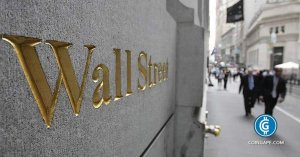 Publicly traded business intelligence firm MicroStrategy bought $250 [~21,454 Bitcoins] Million worth of Bitcoin today in a move to adopt Bitcoin as a primary treasury reserve asset. This is a big news for crypto fans as this validates the assumption that bitcoin is now accepted as a safe haven by exchange listed companies and wall street.

As reported by businesswire today, crowned as largest independent publicly-traded business intelligence company MicroStrategy purchased 21,454 Bitcoins valued at $250 Million. As per the company officials Bitcoin was selected based on its distinctive properties both as a hedge against inflation and at the same time earn higher returns as compared to other assets.

“Our investment in Bitcoin is part of our new capital allocation strategy, which seeks to maximize long-term value for our shareholders,”

The news is already making buzz in crypto space as cryptocurrency exchange Binance CEO, CZ shared the news via his twitter account, saying that stimulus money from Wall street is on its way to Bitcoin.

Are you in front or behind them? https://t.co/1FYLZERjkS

This step by MicroStrategy will definitely boost the confidence of other exchange listed companies to adopt bitcoin as a hedge against inflation and make good returns at the same time. The economic uncertainty is making Bitcoin a lucrative and yet safe bet for Wall Street firms. Recently, Grayscale a leader in digital currency investment successfully registered their Bitcoin trust as a SEC reporting company. GreyScale is also carrying an extensive ad campaign for digital currency awareness.