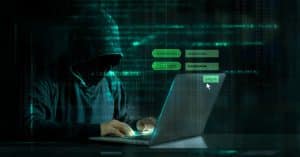 Yesterday, three individuals including the ‘mastermind’ of the Twitter Hack were arrested in Florida. He is a 17-year old hacker, Graham Ivan Clark, who went by the alias ‘Kirk’ during the hack apparently went overboard with their plans to sell the unique Twitter account.

Moreover, an analytics firm, Elliptic, finds that the Bitcoin was passed through mixers and unregulated exchanges.

The attack unfolded in two phases. In total, the attackers had targeted 130 accounts, gaining access and tweeting from 45 of that set. They were able to download data from eight of the accounts.

The other two associates Mason John Sheppard, 19, of the United Kingdom, and Nima Fazeli, 22, of Orlando, Fla along with anonymous sources revealed that their original plan was to sell twitter addresses like @y or @6 on the black market.

Nevertheless, later at the night on 15th July, Kirk went rogue and started targetting popular account of the likes of Elon Musk and Barak Obama. He attempted to run a ‘giveaway’ scam using the reputation of these accounts.

In the end, it all came as a disappointment as they could rake less than 20 Bitcoins. Elliptic further tracks at least 15% of the Bitcoins mixed using the ChipMixer and Wasabi Wallet services.

Furthermore, it notes that,

The amounts spent in this way are small, accounting for a few percent of the funds. However these links to regulated businesses will be a primary line of enquiry for law enforcement investigators…

Hence, the information has been withheld.

The rest of the Bitcoins [BTC] seemed locked in the original addresses and will now soon or in all probability, is already confiscated by the arresting officials.