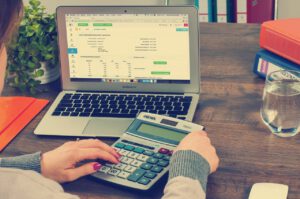 Whitney Tilson’s email to investors discussing if the New York City dead forever and chapter from his book on behavioral finance (Part 2).

I lived on the Upper West Side for six months right after college from September 1989 until March 1990, when I was helping Wendy Kopp start Teach for America. I then returned to Boston and lived, worked, and studied there until I moved to NYC for good in May 1994. Susan had finished law school a year earlier, we’d gotten married in October, and she’d started a job as a lawyer in midtown… so I followed her there the day after I graduated from business school.

I remember being filled with trepidation – the city felt so strange, big, and dangerous (and, having spent the previous 16 years in New England, I of course hated the Yankees!). But I soon grew to love the city and now consider myself a New Yorker. I hope to never leave.

But I’m worried about my hometown right now. The pandemic hit New York harder than anywhere on earth earlier this year. Thankfully, it appears to be behind us now – the latest statistics on cases, positive test rates, hospitalizations, and deaths (I track them daily here) are now among the best in the country.

But we’re nowhere near back to normal. The business districts like Midtown and Wall Street are still ghost towns – and some of these may never come back (for example, see this New York Times article: Retail Chains Abandon Manhattan). And every day, I read stories and hear about friends – wealthy educated people who make up the bulk of the tax base – who left and have decided not to move back, permanently.

I think New York will bounce back, as it always has. But not everyone agrees… To wit, a guy I met years ago, James Altucher, recently posted a provocative essay entitled: “NYC IS DEAD FOREVER. HERE’S WHY.” You can read it on Facebook here.

I sent it to a bunch of friends and family, asking for feedback, and got many responses that I posted here.

2) Picking up where I left off in yesterday’s e-mail, here’s the rest of the new chapter on behavioral finance that I just finished for my forthcoming book, The Rise and Fall of Kase Capital:

Most investors look to see what everyone else is doing, and then follow, getting sucked into the most overhyped stocks and sectors. It can result in massive bubbles which, when they burst, costs investors dearly.

Even when investors are aware that they’re speculating in a bubble, that doesn’t deter most of them. A 2004 article in the Wall Street Journal noted:

Speculators do know that it’s important to get out, however – that’s the lesson they took away from the cratering of the dot-com highfliers. And they appear to believe that they will be able to get out before a stock craters, as illustrated by numerous trading experiments conducted by Vernon Smith, a professor at George Mason University who shared in the 2002 Nobel Prize for economics.

In these experiments, participants would trade a dividend-paying stock whose value was clearly laid out for them. Invariably, a bubble would form, with the stock later crashing down to its fundamental value. Participants would gather for a second session. Still, the stock would exceed its assigned fundamental value, though the bubble would form faster and burst sooner.

“The subjects are very optimistic that they’ll be able to smell the turning point,” says Mr. Smith. “They always report that they’re surprised by how quickly it turns and how hard it is to get out at anything like a favorable price.”

Various studies show that people feel twice as much pain from losing a certain amount of money as the pleasure they derive from an equal gain. This often leads to bad investment decisions such as not selling a losing stock. As legendary investor Philip Fisher wrote in his book, Common Stocks and Uncommon Profits:

There is a complicating factor that makes the handling of investment mistakes more difficult. This is the ego in each of us. None of us likes to admit to himself that he has been wrong. If we have made a mistake in buying a stock but can sell the stock at a small profit, we have somehow lost any sense of having been foolish.

On the other hand, if we sell at a small loss we are quite unhappy about the whole matter. This reaction, while completely natural and normal, is probably one of the most dangerous in which we can indulge ourselves in the entire investment process.

More money has probably been lost by investors holding a stock they really did not want until they could ‘at least come out even’ than from any other single reason. If to these actual losses are added the profits that might have been made through the proper reinvestment of these funds if such reinvestment had been made when the mistake was first realized, the cost of self-indulgence becomes truly tremendous.

Commitments are generally good things. If you say you’re going to do something, do it! When you marry someone, hopefully that’s a lifetime commitment.

But investing is different. While you don’t want to trade too much – and, as I write elsewhere, it’s critical to let your winner run – you mustn’t become emotionally attached to any stock. Remember, it doesn’t know you own it, and won’t be offended if you sell it.

There are many things that lead to commitment such as publicly exchanging vows at your wedding, or writing an article or giving a speech expressing a particular point of view. But one of the biggest ways commit to something is with money – by, for example, buying a stock.

To understand how powerful monetary commitment is, a pair of Canadian psychologists studied people betting at the racetrack. Before they placed their bet, they had a realistic assessment of their odds of winning. But then, moments later, they became much more confident of their chances of winning. The only thing that had changed is that they’d put their money on the line.

According to Robert Cialdini in his classic book, Influence: The Psychology of Persuasion, humans have:

A nearly obsessive desire to be (and to appear) consistent with what we have already done. Once we have made a choice or taken a stand, we will encounter personal and interpersonal pressures to behave consistently with that commitment. Those pressures will cause us to respond in ways that justify our earlier decision.

This can lead to information distortion, Cialdini argues:

Even the greatest investor of all time, Warren Buffett, admitted that he fell into the commitment bias trap in his 2003 annual letter:

I made a big mistake in not selling several of our larger holdings during The Great Bubble. If these stocks are fully priced now, you may wonder what I was thinking four years ago when their intrinsic value was lower and their prices far higher. So do I.

In the face of uncertainty, the human mind looks to “anchor” on something, no matter how irrelevant.

Perhaps it’s the price at which something was purchased. For example, Buffett confessed:

When I bought something at X and it went up to X and 1/8th, I sometimes stopped buying, perhaps hoping it would come back down.

We’ve missed billions when I’ve gotten anchored. I cost us about $10 billion [by not buying enough Walmart]. I set out to buy 100 million shares, pre-split, at $23. We bought a little and it moved up a bit and I thought it might come back a bit – who knows? That thumb-sucking, the reluctance to pay a little more, cost us a lot.

It’s also easy to anchor on a “typical” share price – and conclude that any stock with a share price higher than this must be too expensive. These days, share prices in the hundreds of dollars are common, and it’s not unusual for some companies’ stocks to trade for over $1,000 per share – for example, Tesla (TSLA), Alphabet (GOOGL), and Amazon (AMZN) – but historically this was quite rare. Most stocks were under $100 – and if they went above this amount, companies would split their stocks. But for decades, Buffett never did this with Berkshire Hathaway’s (BRK-B) stock (until he created the B shares). How many people didn’t buy Berkshire’s stock when it went above $100… and then $1,000… and then $10,000 per share because it “seemed expensive”?

People can also anchor on numbers they know are meaningless. Famed behavioral scientists Taversky and Kahneman once did a study in which participants would spin a wheel that would generate a random number between 1 and 100. The scientists would then ask them to estimate the percentage of countries in the United Nations that are African.

Most people don’t have the foggiest notion (the answer is 28% – 54 out of 193), but what was interesting is that their guesses were highly influenced by the number that had been generated by the spin of the wheel (a higher number led to a higher guess) – even though they knew it was random!

Failing to Buy or Sell

These are two of the biggest mistakes investors make – and it’s easy to see why: look at how many behavioral finance factors are at work:

Keep in mind that doing nothing is a decision.

There is no simple way to overcome all of these biases. You need to: