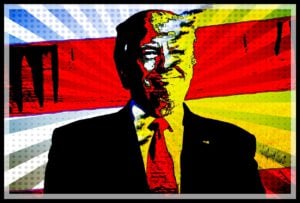 Our nation is very fortunate to have as its president, a man who knows more about nearly every subject than all our leading experts. Now, months after allowing the highly prosperous economy he inherited from President Barack Obama to sink into the worst recession in eighty years, Donald Trump has sprung into action. Guided by his own sage counsel, this stable genius has single-handedly dreamed up an economic stimulus plan so unorthodox that even our most prominent economists are just shaking their heads in amazement.

But who knows? Perhaps a Nobel Prize in Economics can be paired with his Nobel Peace Prize.

His plan, which is based on extremely dubious legal reasoning, has two main components. It will attempt to defer imposing the 7.65 percent federal payroll tax on all workers earning less than $100,000, and it will have the federal government fund three-quarters of a four-hundred-dollar-a-week payment to most of the thirty million Americans who are receiving unemployment insurance benefits.

In all likelihood, neither of these measures – even if they were to overcome the formidable legal hurdles – would provide more than a fraction of the money needed to prevent our extremely deep recession from becoming a full-blown depression. That will happen unless the federal government immediately puts a bare minimum of two trillion dollars into the hands of the tens of millions of needy Americans.

Chances Of Being Reelected

Even the most ignorant man to ever serve as our president fully understands that his only chance of being reelected depends on his success in reviving our economy. Over the last week he certainly had his chance when he sent Treasury Secretary Steven Mnuchin and Chief of Staff Mark Meadows to negotiate with Speaker of the House Nancy Pelosi and Senate Democratic Leader Chuck Schumer.

Almost three months ago, the Democrats had pushed a $3.4 trillion economic stimulus bill through the House, but it was studiously ignored by the Republican majority in the Senate. So the stage was set for the president to break the impasse.

Speaker Pelosi helpfully agreed to chop off one trillion dollars from the House bill if the Republicans would pass a truncated version. But Mr. Trump, who knows so much more about economic policy than anyone else on the planet, came up with his own plan. Amazingly, it was panned not just by the nation’s economists, but even by many members of Congress as well – Republicans and Democrats alike.

It is extremely unlikely that neither the payroll tax deferral plan nor the unemployment payment scheme will ever get off the ground. In the meanwhile, Mr. Trump is apparently forfeiting whatever slight chance he may still have had to oversee an economic revival.

It may be best left to future historians to determine whether President Trump did a better job managing our economy than in fighting the pandemic. In the meanwhile, it seems increasingly likely that the third quarter of the year will be almost as bad as the second was.

But President Trump would put it much more optimistically. He’ll soon be telling us that the third quarter will be even better than the second. And that our economic difficulties will magically vanish of their own accord.

The post A Lesson in Trumponomics appeared first on ValueWalk.