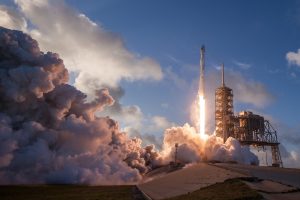 While yearn.finance has pushed DeFi’s value to a whopping $4 billion, the price of its token, YFI has been observing a slump.

Decentralized Finance [DeFi] has undoubtedly left the entire crypto-verse gazing at the value it has been garnering. Particularly the last few weeks have been extremely eventful for the applications of the DeFi space. DeFi tokens have been having a ball considering the price change of these coins. While more applications have been venturing into the DeFi space, the value locked in it has been on an upward trajectory.

The total value locked in DeFi hitting new all-time highs is no news. The crypto industry’s most decentralized wing has been recording new highs almost every day. Just five days ago, the total value locked in the space breached $3 million, however, it did not stop at that. DeFi prolonged its streak of tapping new highs and currently has a total of $4.03 billion locked. Maker unquestionably dominated the space by 20.69 percent. The prominent lending platform alone accounted for a whopping $839.7 million.

While there was a significant disparity between the value locked by Maker and the other platforms, two specific things had caught the crypto community’s eye. Lending and borrowing platform, Aave had taken over other prominent platforms like Compound as well as Snythetix and stood right below Maker as the second-largest DeFi protocol. Aave had stacked a total of $642.3 million in DeFi. Yearn.Finance has been surfing crypto Twitter after its coin, YFI hit $2K and even pushed past $4K.

The chart indicated that the platform entered the DeFi space back in February 2020, however, it seems to be garnering traction over the last week. On 18 July, the yearn.finance had as little as $9.317 million locked in DeFi. Exactly a week later, this number rose to a whopping $371.017 million. This recent addition has positively impacted the value locked in DeFi.

While several influencers of the crypto industry suggested that DeFi was nothing but a bubble that is heading towards explosion, it seems like certain DeFi projects and tokens resemble a bubble than the entire DeFi itself.  Compound Finance’s governance token, COMP is a sturdy example of the same. Furthermore, it appears like YFI is following COMP’s suit as the token observed a significant slump in its price.