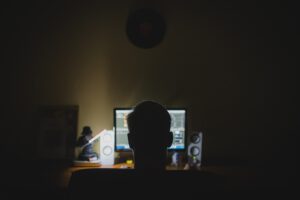 Distributed Denial of Service (DDoS) attacks can target any business and its effects vary from lower sales than usual to major financial losses that often result in bankruptcy. Neustar reports that DDoS attacks can cost your company over 2.5 million dollars.

What is a Distributed Denial of Service Attack?

Distributed Denial of Service refers to various types of cyberattacks that stop or slow down your network, website, or app. They might cause your systems to halt for different periods of time, i.e. seconds, hours or days.

There are various types of DDoS attacks. Some can overload your site with fake data to slow it down significantly. Others have the potential to crash entire websites.

Most DDOS attacks are carried out by multiple hackers. These hackers or hacktivists attack one host using multiple machines in order to achieve their end goal – to damage the target’s organization.

DDoS attacks do not spare any organization’s network, telecommunication satellites, apps, data stored on the cloud, websites, etc. The attacks are also aimed at financial institutions, no matter how big or small.

DDoS attacks are a daily occurrence. Cybersecurity reports of 2019 show that every 3.75 seconds one organization suffered from DDoS attack.

Since then, such attacks have been on the rise. In fact, more than 17 million Distributed Denial of Service attacks are expected in 2020.

DDoS Attacks are Damaging to any Businesses

The consequences of a DDoS attack will vary from one case to the next, because not every DDoS attack is of the same intensity. There are different types of DDoS and they can impact your business differently based on hacker’s intentions and skills.

Without professional protection, it can be hard to even detect that a DDoS attack is happening. This is because the attack might merely cause your website to load slowly, and you might attribute this to something else.

Minor attacks can also damage your business and cause you major financial losses. For instance, if you have an e-commerce website, a slow site or buffering can ruin the customer’s experience and deter them from coming back.

Moreover, the extent of damage that DDoS attacks cause will depend on the existing protection your sites, networks, or cloud have.

Cyber-attacks such as DDoS, can bring down entire networks all at once and financially damage once reputable companies beyond repair.

A DDoS attack on Dyn in 2016, saw the DNS provider of numerous sites (e.g. Netflix, Amazon, Spotify, etc.) lose over $110 million even though it was contained in just one day. To add insult to injury many clients also dropped their services.

What Can You Do?

On average, it takes organizations around three hours to realize that they have been the target of a DDoS attack.

The longer you wait, the more you are financially impacted by the attack.

Investing in DDoS protection system that show you attack visibility as it happens can provide immense insight as well as help you deflect such malicious attacks and prevent your business from losing money.

For instance, the BBC suffered the DDoS attack in 2015. The attack itself lasted for three hours, but their services were disrupted that entire day.

Protecting your business before a DDoS attack occurs is the best course of action. One of the largest DDoS attacks, attack on GitHub in 2018, was fought off in 10 minutes because they used protection services.

You could try setting protection programs yourself, however basic anti-virus protection, firewalls, and VPNs will only get you so far. A firewall, for instance, can detect that the DDoS attack is happening but it cannot fight back.

Companies like Imperva can not only strategize your protection plan, but also predict any possible attacks and the damage these attacks might cause to your business. By scanning your systems for malicious attacks, they will remove various kinds of DDoS attacks that could permanently affect your business.

Finally, they will use the data of previous attacks on your network or cloud and use it to individualize your protection so that it will best suit your needs.

Distributed Denial of Service attacks disrupt online businesses every day. Not only are they common but they can also damage your company and reputation to the point of no return.

Some DDoS attacks might go undetected but there is no way to anticipate that as even seemingly benevolent attacks can affect your website over time.

Make sure that your business is ready for Distributed Denial of Service attacks beforehand and don’t let that something you built for years go down in less than a minute.

The post What a Distributed Denial of Service Attack Can Do to Your Business appeared first on ValueWalk.