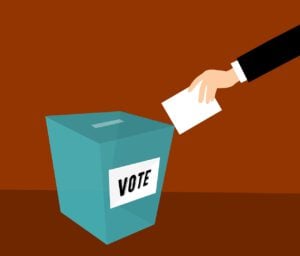 WASHINGTON, D.C. – Today, Campaign for Accountability (CfA), a nonprofit watchdog group that runs the Tech Transparency Project (TTP), sent a letter to the Federal Trade Commission (FTC) requesting that the agency investigate PrivacyWall and its chief executive, Jonathan Wu, for perpetrating a number of scams on consumers. During the course of an investigation into voting-related scam ads on Google, TTP discovered an advertisement alongside the search term “register to vote” that directed users to a web form at vote.privacywall.org, a subdomain of the PrivacyWall site. Once on the site, users were directed to provide personal information, a copy of government identification, and pay a fee of $69, or $129 for “rush delivery” to register to vote. Registering to vote on a government website is free.

PrivacyWall Is Profiting Off Of Citizens

Campaign for Accountability Executive Director Daniel E. Stevens said, “Registering to vote is free. PrivacyWall is profiting off of citizens attempting to exercise their constitutional right to vote. The FTC should investigate and put an end to this obvious scam.”

TTP identified several misrepresentations on the PrivacyWall voter registration form. The text at the bottom of the form states that the company is “an official government contractor and registered delegated provider of government services.” Yet searches of federal and state contracting databases reveal neither PrivacyWall nor its parent company, Social Game Media Inc., appear to have received state or federal contracts. There are also questions about whether, as a third party, PrivacyWall can legally register citizens to vote in some states.

After TTP released its report about voting-related scams on June 29, PrivacyWall removed its deceptive online voter registration form and replaced it with a “free service” that accepts user data and encourages users to “donate” to cover the costs of submitting the registration.

PrivacyWall appears to have a history of misrepresenting the requirements for filing government forms. TTP identified at least one claim of PrivacyWall allegedly charging users to file change-of-address forms with the United States Postal Service, another otherwise free service.

Mr. Stevens continued, “As the ongoing coronavirus pandemic continues to make in-person voting a concern for citizens, it is more important than ever for companies and organizations to provide accurate information to people trying to participate in our elections. PrivacyWall’s, tactics are likely to disenfranchise some well-intentioned Americans.”

Campaign for Accountability is a nonpartisan, nonprofit watchdog organization that uses research, litigation, and aggressive communications to expose misconduct and malfeasance in public life and hold those who act at the expense of the public good accountable for their actions.

The post Watchdog Calls on FTC to Investigate PrivacyWall appeared first on ValueWalk.