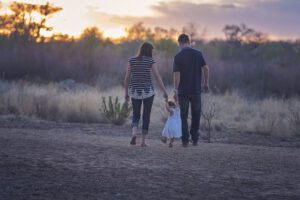 Whether you’re looking to move your family abroad, or just curious where your country ranks, a new study by family and travel researchers Asher and Lyric analyzes The Best Countries to Raise a Family in 2020 and offers parents a data-driven approach to discovering the best place to fulfill their family’s needs.

The Raising a Family Index took stats from 35 of the wealthiest (OECD) countries in the world and compared them in six critical categories important for parents raising children: Safety, Happiness, Cost, Time, Education, and Health.

According to the study, the best countries to raise a family in 2020 are:

The least desirable countries to raise a family in 2020 are:

For example, Germany, Finland, Austria, Slovenia, and Norway all offer between 40.4 – 49.4 weeks of full-pay government-mandated maternity leave. Many of these countries also offer at least 2 months with full-pay paternity leave.

The top players offer subsidized child care so that families in countries such as Sweden, Luxembourg, and Iceland only end up spending 5% of their combined average household income on childcare.

In contrast, the United States which ranked last, and received an “F” in the “Time” and “Cost” categories, asks families to dish out 23% of their combined average household income just so their children are looked after while they work. America also has high out of pocket spending on health care and education and very low government spending on family benefits.

It might surprise you that America is the only country on the list that does not mandate paid leave. According to a study by World at Work, only 38% of US organizations offer paid parental leave to all or some new-parent employees. Of the parents that receive paid parental leave, the average length at full-pay is 4.1 weeks. US employers may also offer paid sick leave and vacation days at their discretion.

The Safest Countries For Raising A Family

The safest countries overall were Iceland, New Zealand, Denmark, Slovenia, and The Netherlands — all receiving a grade of “A” or higher. They all scored exceptionally high in human rights and stunningly low in homicide rate per 100,000 people. The Government of Iceland (which ranked highest in the Human Rights category) clearly states, “Human rights are the natural entitlement of all persons, of whatever nation, regardless of their residence, gender, nationality, race, religion, language or other status. All of us are equally entitled to enjoy basic human rights free from discrimination.”

Mexico came in last for “Safety,” followed closely by the US. Both countries were outliers, receiving a grade of “F.” Mexico and the US have high homicide rates and low scores in the Global Peace Index. America also ranked fourth-worst overall for human rights and was a major outlier in school shootings.

School Shootings were included in the study because it is one of the only metrics that directly affect children, their emotional well-being, and feeling of safety.

Study co-author Lyric Fergusson explains, “Even if American families don’t feel concerned that their child will be involved in a school shooting it’s important that parents understand that “Active Shooter Drills” – involving actors dressed up as masked gunmen, teachers being shot with airsoft rifles while the children have not been informed it’s a drill – are now commonplace in 95% of public schools across America.”

“Education” was also an important factor. Slovenia topped the list in test scores followed closely by the Netherlands. When it comes to “Happiness” Denmark, Luxembourg, and Iceland made the top three.

“More and more, families are finding that living in a country supportive to their needs is essential,” study co-author Lyric Fergusson explains, “The Raising a Family Index also includes an interactive graph so that you can easily find your most important categories and rank the countries by those metrics.”

The full rankings are as follows:

The post US Ranked As One Of Worst Countries To Raise A family appeared first on ValueWalk.