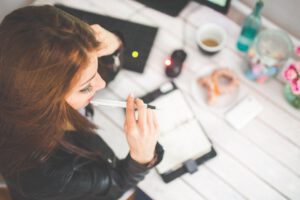 The Grim Truth: Unemployed Americans Speak Up As The $600 Fed Checks End

The world changed almost abruptly. It was around February of this year when Beijing officials took the risk to cancel what would have been one of the highest-earning celebrations for the Chinese, with the world watching, the Lunar New Year. For several years, the world has never appeared like entering into a war with the advent of the coronavirus pandemic.

One of those largely affected: the unemployed Americans. Not only them, but those who had no choice but to stay and work at home due to COVID-19.

Paul Horan was a shoe salesman at a high-end footwear boutique in Cleveland, Ohio. This job was his bread and butter, and for eight years, Horan has been selling shoes on a commission basis, and with his skills improving as he learns day by day, his earnings from this work have provided him and his family with decent living. Until he received a notice that the store is closing temporarily and indefinitely, and that employees have to file their unemployment.

It is a harrowing time for Horan, one of the 25 million and more Americans who lost their jobs due to the pandemic. Few others have retained their work, but they have to do their projects at home, something that has its pros and cons.

People cannot merely play the blame game. They cannot pinpoint their fingers to the seafood market in Wuhan where the virus is widely known to have started. It is a natural catastrophe that nobody could predict.

But the governments of different countries worldwide can act, and Horan is one of the people hoping that these institutions would protect their best interests. Apparently, the odds are going against the unemployed.

U.S President Donald Trump’s administration has signed a law that sought to provide a weekly stipend for eligible unemployed Americans amounting to $600, and in the form of Fed checks. No one expected that it would soon come to an end when officially these provisions would end on July 31st.

Once the $600 checks come to a close, the unemployed have to find more ways, and use their resources to get by. They are appealing for extension, but things will never be what it was before.

These individuals are using these checks to support their daily expenses. In a recent survey of 1,059 Americans, it revealed that the provision is being used to pay for their household bills (59 percent), rent and mortgage (50 percent), groceries and household supplies (48 percent), healthcare and hospitalization (16 percent), education (13 percent), and child care and other expenses (12 percent).

In other words, these people at least have a source of “income” despite being irregular at work, or in spite being laid off from office work, they can use it in their everyday lives to get by. With the Fed check coming to end, their agony awaits.

A lot of them are saying they are stressed on what to do when they finally face the end of this month. Forty-nine percent of the respondents say that their finances will be at a “very high risk.” Their earnings will be dropping to $300 weekly, generally inadequate to support their life while at home.

The Outcry: Appealing To Extend

Right now, the government is admitting the law is not accurately written, giving them more reason to scrap it, but leaving the unemployed in shambles. Each week under the CARES Act, the $1.8 trillion package is distributed to provide a stipend for those who are eligible to receive.

There is nothing that the unemployed can do but to comply. There were several appeals but almost without any effect since the administration is strong about having it into fruition. The loudest voices are appealing for the $600 Fed checks to be extended at the very least.

In the study, 39 percent said they need the money to afford what they need each day, to move forward, to put food on the table, and to ease the burden of their family. There is a 33 percent who want to find a job but can’t since there are lockdown measures, and new COVID-19 cases are surging everyday

Fifty-nine percent of Americans are saying they would struggle to make ends meet now that the $600 Fed, placing them in huge debt, losing their motivation to work, and having them question their purpose.

What Lies Ahead Is Uncertain

“I don’t feel secure, and I’m a little worried,” Paul continued. “I’ve been living paycheck to paycheck. I had nothing in savings. I was waiting on state and federal tax refunds to give me some cash in the bank. For now, I’m trying to not spend. I’m only spending money on rent, bills and food, and that’s it.”

The story of Paul represents the lives of these Americans who want to sway the powerful to reconsider decisions, though at the back of their minds, they know that this is not likely to happen. It is the grim reality that they will face as they wake up to a new morning. No one must lose hope.

The post Unemployed Americans Speak Up As The $600 Fed Checks End appeared first on ValueWalk.