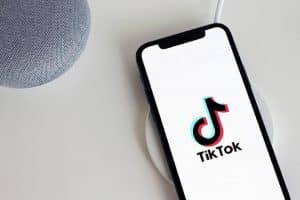 TikTok is apparently where Dogecoin is getting reinvigorated, infused with renewed social media vigor. Subsequently, DOGE is on a roll. Quite literally. The Elon Musk’s favorite coin is up 69 percent in the last week, gaining against both BTC and ETH, respectively.

On the last day, DOGE has soared 45 percent. It is the rejuvenation of Dogecoin that has somewhat attracted the attention of Justin Sun.  Sun is the co-founder of Tron. Whether their change of strategy and renewed “focus” on TikTok will be the necessary tailwinds to drive the coin back to the top 10 is yet to be defined—at least at the time of writing.

Not shy to draw attention to Tron—a platform that competes with Ethereum, Justin Sun now wants to emulate Dogecoin’s success. For good reasons. The path of least resistance for DOGE has been the upside and the scheme that goes on in TikTok is not as complicated not to be copied.

The leaders of this “pumping” businesses are keen on making money by chiefly leveraging on the TikTok Army. There are over 800 million TikTok users globally.

The objective is to drive the DOGE price to $1, and liquidate as dreamers find themselves rich. Led by jamezg97, attributed to kick-starting the #DogecoinTiktokChallange, he explained to his followers that a simple $1,000 investment in DOGE will quickly yield $426,985 if the coin’s price increase from $.00234 to $1.

Enticingly, given DOGE’s volatility in the first week of July, jamezg97’s message seems to have been positively reviewed.

“Let’s all get rich! Dogecoin is practically worthless. There are 800 million TikTok users. That’s just $25. Once it hits one dollar, you’ll have ten grand. Tell everyone you know.”

At the time of press, and as aforementioned, the coin is changing hands at $0.00392, up 67% from when the pumping started. Nevertheless, a near 50X pump is required for DOGE to reach $1 much to the delight of “investors.”

Odds Of TRX Success In TikTok?

Justin Sun—as it appears if conclusions are to be drawn from Dogecoin’s wild success, wants TikTok users to buy TRX en-mass with the hopes of resuscitating the coin currently stuck at 16th.

If the objective is to drive TRX to 1, then it may as well flip Ethereum much to the delight of the controversial co-founder.