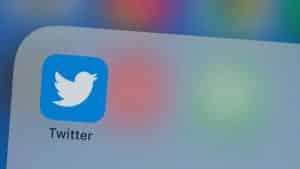 The primary Bitcoin address of the blatant giveaway scam has raked 12.85345191 BTC (nearly $120,000). The secondary address got only 0.178 BTC in the address (nearly $1,600). The addresses and funds are now being tracked by leading analytics firm and exchanges. One of the primary victims is allegedly a Japanese user who send around $40,000 to the hackers in an attempt to double his money.

Reportedly, the amount transferred in XRP was nil. Chainalysis who released their initial report this morning notified that the ‘funds were on the move.’

Addresses are labelled in our products and we are continuing to add new addresses as we find them. Affected customers will see it in Reactor and KYT. We will keep everyone posted on any additional insights we uncover.

The hackers also transferred funds to their Bitcoin addresses to dupe the victims into believing that the offer was real and ‘easy money’ is on the table.

Now, Twitter has imposed restrictions on posting crypto addresses on their platforms, putting a stop to donations and giveaway scams for a while. The nature of the hack suggests an insider job by a disgruntled or corrupt employee.

The real-time updates on the on-going hack on Twitter itself saved quite a large number of individuals from falling into the trap. Nevertheless, the tweet itself was suspicious enough. Apparently, the hackers got hands at one of the biggest opportunities in today’s world, still played an amateur hand. Naval (alias), a crypto analyst suggests,

Hacking Elon’s Twitter account and using it for a crypto scam rather than a stock-trading scam shows a complete lack of imagination.