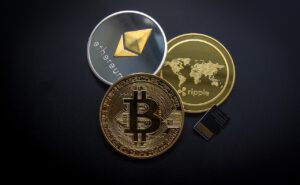 On close examination, these industries have a significant amount of overlap beyond the shared ideals of autonomy and independence. The proper application of blockchain technology could remove obstacles within the global payments & payroll system, saving significant amounts of money for international gig workers. On top of this, cryptocurrency micropayments could facilitate a dramatic reduction in fees within freelance marketplaces, which would carry the added benefit of increased security. There has also been a correlation between the rate of unbanked populations and those working within the gig economy, particularly in the Indian context.

The Impact Of Covid-19 On The Gig Economy

The ongoing coronavirus pandemic has stirred up new difficulties for workers worldwide, taking a particularly strong toll on those that work on flexible contracts. The World Economic Forum reports that over 50% of gig workers have lost their source of employment due to COVID-19, with an additional 26% seeing a decrease in income.

While the short-term effects seem particularly adverse, there is data to suggest that the gig economy will build upon its height of $204 billion in payments during 2018. The global gig economy is projected to surpass this figure by more than double – over $450 billion – by 2023. By 2028, UpWork predicts that over 70% of businesses will have remote workers on their payroll.

These developments will inevitably produce a marrying of the gig and crypto economies. As far back as 2013, former CEO of Upwork, Gary Swart, proclaimed that “both businesses and workers are finding more freedom and flexibility to work whenever, however and with whomever they like.” Even prior to the surge in popularity of cryptocurrencies and the pandemic-induced shift towards remote working, a convergence of these overlapping economies was likely. A crypto-powered gig economy aligns with models of a more flexible working environment, as well as the financial ideals of crypto enthusiasts.

By Sharan Nair, Chief Business Officer of CRUXPay and CoinSwitch.co