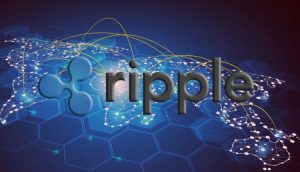 Ripple is at the forefront of recovery in the cryptocurrency industry. It is as though the cryptoasset has decided to give back to the investors who have been battered greatly over the last couple of months. The recovery staged from the lows traded in March hit a wall at the 50% Fibonacci retracement level taken between the last swing high of $0.3482 a swing low of $0.1114 around $0.2294.

Since the beginning of May, Ripple has continued to lose its ground until it recently found support at the 23.6% Fibonacci level ($0.1672). Buyers have taken back control of the price with XRP/USD jumping above $0.19. Ripple is out-performing the other major cryptoassets such as Bitcoin (up 0.36%) and Ethereum (up 0.59%).

For now, the path of the least resistance is upwards as supported by the RSI and the MACD. The RSI is pointing sharply upwards and could soon hit the overbought region. At the same time, the MACD is about to cross into the positive territory. Traders should be on the lookout for movement higher above the midline as it would signal a possible breakout past $0.20.

If a reversal comes into play, Ripple could be cushioned from the fall at $0.19, $0.1850 and the main support at the 23.6% Fibo. Generally, the trend is bullish and likely to remain intact in the remaining Asian session and the upcoming European session.