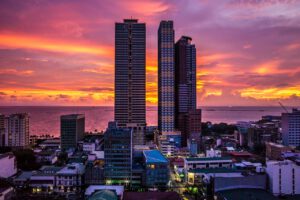 Overseas Filipino Workers – known as OFWs – are an integral part of the Philippine economy. With more than 10% of the Philippine economy in 2018 made up of incoming remittances, it’s no surprise that OFWs send a lot of money home. As countries all around the world feel the growing impact of the coronavirus pandemic, both financially and socially, OFWs are struggling to keep money flowing. With less money to send home to the Philippines, OFWs need to make every penny count to support not only themselves but also their families that depend on them. But there may be light at the end of the tunnel.

As I wrote earlier in the year, we hope that remittance channels maintain and restore themselves as we return to a new normal. A step in the right direction, many companies are making efforts to help struggling Filipinos remit more money home today instead of later. “This health crisis has profoundly disrupted the employment and income of millions of Filipino families, making them increasingly dependent on remittances from overseas-based loved ones,” said Aileen Lamasuta, Head of Retail Segments for the Bank of the Philippine Islands (BPI).

BPI said in the same statement that “I-Remit, WorldRemit, Western Union, Kookmin Bank, Tahweel Al Rajhi, NCB Quick Pay, Enjaz and Bank Albilad, Moneygram, and Remitly” will agree to waive fees for OFWs sending money home to their families. Companies offering lower fees and possibly stronger exchange rates means more money from overseas Filipino worker remittances can reach families. Having money transfer options may be key to helping families dependent on overseas Filipino worker remittances weather the economic storm. Nicholas Mapa, a senior economist for ING, thinks that inward remittances to the Philippines may fall as much as 6.9% in 2020. Mapa writes in an article for ‘THINK.ING’, the ING Group’s economic and financial analysis blog, that “job prospects for OFWs remain bleak even after lockdowns are lifted as the majority of OFWs are employed in sectors that are expected to struggle in a world of social distancing.” He cites a survey of registered OFWs that revealed some 37.6% of OFWs are employed in “elementary occupations” that include domestic helpers and hotel and restaurant cleaning staff, with 18% working in services and sales.

With many tourism industries hit hard by the virus, workers in these “elementary occupations” are struggling to send money home to the Philippines. In the US, cruise ships aren’t expected to resume operation until at least September 15th. And Hilton, a major player in the global hotel industry, announced it’s laying off 22% of its global corporate workforce to stay afloat. If the struggles and possible bankruptcy that airlines are currently facing is any indication, tourism broadly is in for a long road to recovery.

OFW Remittances May Continue To Decline

The year 2019 broke records for incoming overseas Filipino worker remittances, hitting nearly $34 billion. But 2020 is not likely to surpass that number. This is a huge problem because it is estimated by the Philippine Statistics Authority that nearly 12% of households in the Philippines receive remittances from OFWs, and many of these families may use this money to pay for basic needs like food, healthcare and shelter. Figuring out how to send as much money as possible to the Philippines, as safely as possible, is key.

Sending and receiving money in person is a concern, making e-wallets more appealing for OFWs sending money home. When deciding on how to send money to the Philippines, OFWs can use a comparison website like Finder.com to more easily sort through fees, rates and turnaround for competitors in the market. When deciding on a service to use, picking one that supports e-wallet delivery through GCash, PayMaya or Coins.PH can save the recipient a trip out into the public.

A small bit of relief may come from the Philippines Department of Labor and Employment, which extends financial assistance for “displaced land-based and sea-based Filipino workers,” but the help isn’t expected to last. In short, the program provides only $200 in financial assistance to OFWs in select countries that fit specific criteria. It’s hardly a drop in the larger ocean of expected remittances, but might provide a small respite for OFWs who have work lined up in the future.

Without the inflow of remittances and a need for government stimulation in the Philippine economy, some experts believe that the Philippine peso may weaken by the end of the year. According to ING Senior Economist Nicholas Mapa, “[g]iven that job prospects for OFWs will remain constrained until the global economy heals, we expect current account [deficit] woes to continue for the Philippines with the peso losing its footing after its recent outperformance in early 2020.”

A dim light at the end of the tunnel is better than no light at all, and the Philippines certainly won’t be alone in its financial struggles as the year progresses. Paying close attention to even small fees and slightly unfavorable exchange rates is critical for OFW remitters who are already pinching pennies.