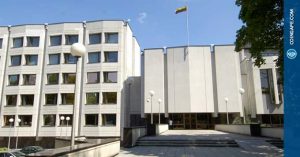 Faced with low use of hard cash and the threat of private firms issuing stablecoins to compete with legal tender, the Bank of Lithuania (BOL) will this month launch a central-bank backed digital currency (CBDC) collectible called the LBCOIN as per a Reuters report, July 2, 2020.

Details Of LBCOIN To Be Issued by Lithuania

24,000 LBCOINs will be available for sale next week. Each coin will bear the portrait of the 20 people who signed Lithuania’s declaration of independence in 1918.

For 99 euros, a user will acquire a pack of six LBCOINs. Thereafter, a user can trade them with others to build a specific set that can be traded with a credit card-sized silver coin worth 19.18 euros.

Notably, these coins can be changed directly with the country’s central bank and in other private blockchains.

LBCOIN is based on the NEM blockchain.

Keeping Up With Changing Financial Landscape

According to Marius Jurgilas, the deputy governor of BOL, the decision to roll out the LBCOIN is to provide the society with what it wants and the coin is “probably the most advanced experimental playground to test different reincarnations of the CBDCs.” Talking to Reuters, he said:

“No one in the central bank community was thinking about digital currency seriously before we realized that there is a legitimate threat that someone else will take our space. We need to provide society with what it wants.

“At a time when central banks are beginning to change their thinking on digital currency, LBCOIN is probably the most advanced experimental playground to test different reincarnations of the CBDCs.”

In 2018, Lithuania announced a guideline to become one of the first countries in Europe to prepare a crypto and ICO framework in their bid to regulate cryptocurrencies. Specifically, the new regulations were meant to introduce laws around compliance of KYC, ATFL, and AML.

On the other hand, CBDC—as the name implies is backed by the country’s central bank and issued coins can be used in place of money. Technically, it’s a digital version of hard-cash and comes in handy now that the Coronavirus pandemic has forced people away from hard cash towards cashless payment systems.