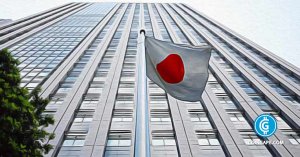 China has been eyeing financial dominance with the release of its CBDC that is underway. Other countries are not far behind as the Japanese government recently included CBDCs into its annual policy roadmap.

Central Bank Digital Currencies [CBDC] is the latest subject of interest for governments across the globe. While some have been steering away from the mere thought of it, a few other countries have taken a leap towards the development of CBDC. China is undoubtedly at the forefront of introducing CBDCs into the financial world.

While China is leaving behind other prominent countries, Japan seems to be following suit. A few days ago news about the Japanese government including CBDCs into its economic plan surfaced all over. Earlier today, Reuters reported that the government included it into its annual policy roadmap. The platform pointed out that the country would probe into the development of CBDCs.

Elaborating on the same, the platform reported that the Bank of Japan [BOJ] is summoned by the government to collaborate with other countries to explore the prospects of CBDCs. The roadmap reportedly read,

“The BOJ will coordinate with other countries to consider CBDCs by examining and verifying technological tests.”

While Japan’s central bank, the Bank of Japan still hasn’t set up a date for its release, the bank assures that the digital yen wouldn’t roll out anytime soon.

Furthermore, COVID-19 has taken the world by storm. While the number of COVID-19 cases is increasing over time, people are opting for digitalization. The inclusion of CBDC into the economic plan by the Japanese government is viewed as a step towards the digitalization of cash in favor of the pandemic.

China on the other hand has been making immense progress towards the development of the digital yuan. The central bank of the country, People’s Bank of China [PBoC] recently announced that it had partnered with food delivery platform Meituan Dianping, a platform backed by prominent Chinese company Tencent, to test the digital yuan.

Other countries like South Korea and Thailand have also been hopping on to the CBDC bandwagon. Recently Thailand’s central bank, the Bank of Thailand revealed that it had been testing the digital baht with prominent companies for financial transactions.