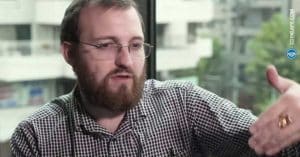 IOHK’s CEO and founder of Cardano, Charles Hoskinson, has been seen attacking media publishers and people on Twitter for criticising aspects of Cardano and ADA. This begs the question that is he getting over-zealous or his response is justified?

Recently, a video from China surfaced on Crypto Twitter shared by Molly, the Marketing Director of Hashkey Group. It showed a rural area in China where representatives from a Multilevel marketing (MLM) group was seen selling Cardano and ADA.

Video of MLM shilling Ada to the old and rich farmers in case anyone hasn’t seen it… pic.twitter.com/tD3X0Q3uaQ

Now, Rod Alexander, the Marketing Director of IOHK has written to the Hashkey director asking him to ensure that their employees refrain from making any “spurious and defamatory statements.”

‘Shilling’ does represent a derogatory attitude. However, given that IOHK has made ADA and Cardano as an open-source cryptocurrency and platform there are can be other suspicious entities who might try to misuse it. Molly further went on to clarify that,

Just to clarify few things, My personal tweets are only represent myself, official account for HashKeyHub is @HashkeyHub where official announcement are posted,

This is true and calls for no measures from IOHK to go and tell on her to the superiors. It could have been a Ponzi scheme or another scam related to Bitcoin which is no way attacks Satoshi.

In a separate incident, Charles Hoskinson attacked a crypto publication for doubting on the success of Cardano’s end of the month updates. He tweeted,

Cryptobriefing is a dumpster fire of a publication. Thanks for letting a journalist who holds both bitcoin and ethereum tell us how we are going to fail.

However, given the amount of misinformation and hysteria among crypto investors, creating a speck of doubt should not be seen as an attack or taking sides.

A Company Doesn’t Build Itself

Cardano’s development team at IOHK seems to be doing an impressive job as they head towards Shelley launch at the end of the month. The price of ADA is reflecting upon the fact as well with a 20-month high in price.

While Crypto Twitter just represents the tip of the iceberg underneath the massive efforts of teams working towards it, marketing is still an essential part for any firm. Hoskinson himself noted recently that like Elon Musk his tweets should be seen as nothing more than light-headed banter. He said,

For those of you who complain about my tweets and interactions. Do remember that I’m still in the minor leagues compared to Musk https://t.co/6NyAOGtNE3

Always interesting to see big crypto companies spend millions on advertisements and then have a CEO that behaves like that. Even if he were in the right, the lack of professionalism makes him, ADA and his company look bad to anyone on the sidelines.

Do you think that blockchain and cryptocurrency teams are under a lot of pressure due to the economic slowdown or just over-zealous? Please share your views with us.