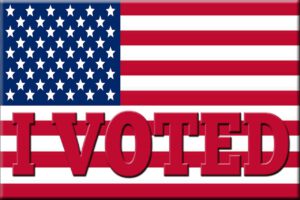 The coronavirus has affected elections as states have been holding their primaries, but now states are preparing for the November elections. It’s generally expected that more people will be voting via absentee ballots than usual, although many will probably still choose to vote in person.

Taking a look at what some parts of the country have already planned for November provides us with some clues about what to expect when going to the polls later this year.

Mail-in ballots to surge in elections due to coronavirus

Robert Stein, Rice University’s Lena Gohlman Fox Professor of Political Science, said Harris County, Texas is getting together more personnel and equipment to process the expected increase in mail-in funds. He said the federal government and the county have allocated additional funds to deal with the coronavirus in the November election. The county clerk is encouraging voters to return their mail-in ballots before election day so they can be processed in a timely manner, allowing the results to be announced on election night.

“In the past, Texas counties have pre-processed mail ballots as they receive them i.e., open, scan, check signatures and tabulate, but not release the results until the close of voting on election day,” Stein told ValueWalk in an email. “I assume this practice will be repeated, but…. there are some rumblings from the the Sec. of State and The Texas. A.G. that this might not be allowed.

He also said the county is collaborating with Rice University to survey voters about when, where and how they want to vote, whether by mail, in person or on election day.

“The survey will help direct messaging to voters about what the county is doing to make voting safe in November,” he added. ” The county has allocated several million dollars for a messaging campaign.”

He also said the U.S. Supreme Court decided not to allow absentee mail-in voting to be extended beyond those over the age of 65, the disabled, and those out of the jurisdiction. As a result, the Harris County clerk is advising non-mail-in voters to vote early.

“The county is providing PPE for all poll workers, social distancing and rubber finger tips for voters using the electronic voting machines. Encouraging in-person early voting helps spread out the vote over 12 days and 144 hours of voting at 50+ large size locations centrally located to commercial areas in the county.”

He believes these measures will assure voters about the safety of voting early in person and keep voters from spreading the coronavirus during the elections.

Kentucky as a model

The coronavirus has been impacting primary elections across the country already, and Kentucky is being praised as a state that should be a model for other states as they prepare for November. According to Politico, after the state’s primary election, voting rights advocates praised the state for how it avoided missing ballots, long lines and other problems other states have been dealing with in their elections amid the coronavirus pandemic.

Kentucky’s Democratic governor and Republican secretary of state reached an agreement to expand absentee voting. That resulted in the highest turnout for a primary election in the state since the 2008 presidential primary.

Voting experts now advise other states to look at Kentucky as a model of what to do for their November elections amid the coronavirus pandemic. A little over 1 million Kentuckians cast their ballots during the pandemic, and about 75% of those ballots were absentee ballots.

Kentucky also dodged a big problem many other states made with the sudden switch to mail-in voting. Many voters in other states requested mail-in ballots but never received them. The president of the League of Women Voters’ Louisville chapter said they received very few complaints about that issue, unlike other states.

The key to Kentucky’s success was bipartisan cooperation between the state’s governor and secretary of state. Once again, other states would do well to follow what the state did. In fact, lawmakers in Congress should work together as they prepare to pass the phase four coronavirus stimulus package as well.

The post How the coronavirus is impacting November elections appeared first on ValueWalk.