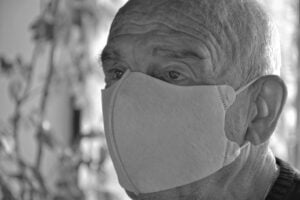 The Senate GOP’s new relief bill, the HEALS Act, makes clear the lawmakers’ priorities: helping big corporations and the wealthy, even at state and local governments andworkers’ expense. Here’s how the legislation…

HURTS: No Hazard Pay Provided for Front-Line Workers. “The legislation is also notable for what it leaves out, as the GOP opted against including new funding for state and local governments and hazard pay for essential front-line workers, among other policies pushed by congressional Democrats.” [Washington Post, 7/27/20]

HURTS: State and Local Governments Would Not Receive Any Additional Financial Support. “State and local governments will not receive additional funding. Instead, the bill extends the time frame in which governments can utilize the $150 billion in funding from the CARES Act while also providing more flexibility — allowing some funds to be used to cover revenue shortfalls.” [Axios, 7/28/20]

HELPS: Liability Protections Provided to Businesses. “Widespread liability protection, which covers claims against a defendant caused by ‘an actual, alleged, feared or potential exposure to coronavirus.’ It covers all alleged injuries that arise from conduct taking place between Dec. 1, 2019, and either the end of the coronavirus emergency declaration or Oct. 1, 2024.” [Axios, 7/28/20]

HELPS: Businesses Could Receive Second Loans. “Small businesses could apply for a second round of forgivable loans aimed at keeping their workers on the job during the pandemic. […] Companies seeking a second loan would be required to have fewer than 300 workers and show a drop in revenue of at least 50 percent.” [Roll Call, 7/27/20]

HELPS: Businesses Get Hiring, Retention, and Payroll Tax Credits. “A refundable tax credit to encourage employers to hire and retain workers during the pandemic would be increased from 50 percent of eligible wages to 65 percent. […] Employers would get a payroll tax credit to cover 50 percent of the cost of a worker’s virus protection expenses, such as testing, personal protective equipment and workplace remodeling.” [Roll Call, 7/27/20]

Expanded Tax Break for Business Meals. “Under a measure spearheaded by Sen. Tim Scott (R-S.C.), the legislation offers a 100 percent deduction on business meals through the end of 2020. Trump and White House economic adviser Larry Kudlow have pushed the measure as a way to encourage people to support hard-hit restaurants. Experts have pointed out that few businesses are paying for their employees to eat out during the pandemic.” [Washington Post, 7/27/20]

The White House Pushed to Include a $1.75 Billion DC Headquarters for the FBI. “The appropriations measure includes $1.75 billion for the ‘design and construction of a Washington, DC headquarters facility for the Federal Bureau of Investigation.’ The administration has pushed for a reconstruction of the bureau’s Pennsylvania Avenue headquarters, rather than a move to the Maryland or Virginia suburbs as originally proposed. Democrats have suggested that the president’s interest in the Trump Hotel, also on Pennsylvania Avenue, may have influenced the decision to not redevelop the FBI site, potentially as a competing hotel.” [Roll Call, 7/27/20]

Religious Organizations Would Be Allowed to Receive Loans as Previously Determined by the SBA. ‘(F) ELIGIBLE CHURCHES AND RELIGIOUS ORGANIZATIONS.—‘‘(i) SENSE OF CONGRESS.—It is the sense of Congress that the interim final rule of the Administration entitled ‘Business Loan Program Temporary Changes; Paycheck Protection Program’ (85 Fed. Reg. 20817 (April 15, 2020)) properly clarified the eligibility of churches and religious organizations for loans made under paragraph (36).” [Sen. Marco Rubio, accessed 7/27/20]

Bill Would Extend PPP Eligibility to Chambers of Commerce With 300 Or Fewer Employees. ‘‘(II) CHAMBERS OF COMMERCE AND DESTINATION MARKETING ORGANIZATIONS.—Notwithstanding sub- clause (I), during the covered period—”(aa) any chamber of commerce that is described in section 501(c)(6) of the Internal Revenue Code and that is exempt from taxation under section 501(a) of such Code shall be eligible to receive a covered loan if the chamber of commerce employs not more than 300 employees; and […]” [Sen. Marco Rubio, accessed 7/27/20]

The Bill Included a Defense Spending Extravaganza that Is Not Susceptible to Spending Caps. “Senate Republicans have laced their roughly $1 trillion coronavirus relief package with at least $7 billion for weapons, most of which are built by leading contractors that contribute heavily to congressional campaigns. The draft appropriations portion, made public Monday evening, includes money for fighter jets, helicopters, radars, ships and armored vehicles that the measure’s authors have deemed ‘emergency’ spending that is not capped by the budget control law.” [Roll Call, 7/27/20]