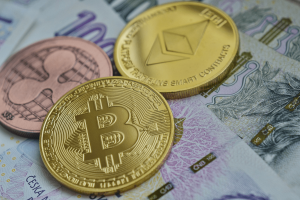 Ethereum is taking over the second layer implementation of Bitcoin [BTC] leaving Liquid and Lightning Network behind.

Liquid’s L-BTC and Ethereum’s wBTC works on similar principles of issuing an extension of Bitcoin as a separate token. While Liquid claims to lock the tokens on-chain, wBTC is stored at Bitgo Trust.

Reportedly, the Liquid Network Federation added with 8 new members, bringing the total to 53. The members include leading crypto exchanges and other services providers and digital asset management firms.

Lightning Network is a proposed P2P web of channels built using the SegWit addresses. Despite the push by Bitcoin OGs and its’ earlier launch, lightning is lagging far behind Liquid and Ethereum. The development of DEX and other decentralization on Ethereum is also adopting the interoperable Bitcoin faster as well.

that is: ~20x the total BTC on @lightning

The transaction fee on Bitcoin and Ethereum has risen exponentially on Ethereum and is reaching the highs from mining on Bitcoin as well. This difference rise in transaction fees is the prime motivation for a shift to other lightning or liquid. However, the adoption of Ethereum dApps is far greater than any other smart contract platform.

The increase in wBTC is positive for the Store of Value (SoV) characteristics of Bitcoin. Moreover, Ethereum grew significantly this year with the on-boarding of Tether on its platform. The chart below shows that the transfer value (in USD) via Bitcoin is equivalent to the USDT transfers on Ethereum.

The increasing number of Bitcoins presents another use-case for Ethereum as a base layer of computation.

Do you think SoV is more important and on-chain usage? Please share your views with us.