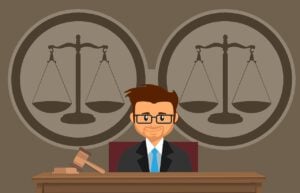 WASHINGTON, D.C. (July 14, 2020)  – The demand by the American Civil Liberties Union [ACLU] that the Attorney General [AG], or the Acting Attorney General [AAG] if the AG is recused, appoint an independent special counsel to “investigate, and if warranted, prosecute any federal criminal violations of protesters’ constitutional rights in Lafayette Square Park on June 1, 2020” – especially those related “to use of tear gas and rubber bullets” – including alleged violations by AG William Barr, has a solid legal foundation, says public interest law professor John Banzhaf, who has been involved with the appointment of several special prosecutors (under various different titles).

Although perhaps best known for seeking a special prosecutor to investigate the Watergate incident – a request which was never granted, but which helped lead to the appointment of two Watergate special prosecutors, and for obtaining a court order requiring the then Attorney General to seek an independent counsel to investigate the Debategate incident – he more recently prepared and circulated a legal demand for such an appointment just before Robert Mueller was tapped for that position.

Banzhaf noted that 28 CFR 600.1 requires that “The Attorney General, or in cases in which the Attorney General is recused, the Acting Attorney General, WILL appoint a Special Counsel when he or she determines that criminal investigation of a person or matter is warranted and that investigation or prosecution of that person or matter by a United States Attorney’s Office or litigating Division of the Department of Justice would present a conflict of interest for the Department or other extraordinary circumstances; and that under the circumstances, it would be in the public interest to appoint an outside Special Counsel to assume responsibility for the matter.” [emphasis added]

The Requirement Of The ACLU’s Letter

Thus the ACLU’s letter triggers the requirement that “within a reasonable time, each agency shall proceed to conclude a matter presented to it” [5 U.S.C. § 555(b)]; a requirement which may be enforced by the applicant in a federal court pursuant to 5. U.S.C. § 706(1) which provides that courts shall “compel agency action unlawfully withheld or unreasonably delayed.”

Here, since the letter does set forth numerous non-frivolous allegations of constitutional as well as criminal violations, and the AG – who has admitted to having some involvement with the Lafayette Park incident – is specifically named in the allegations, it seems that the requirements  of the regulation – (1) an investigation is warranted, (2) there’s a conflict of interest, and (3) the public interest would be served – are satisfied, and the AG or AAG is therefore required by law to appoint an independent special counsel, says Banzhaf.

He notes here, as he did in his legal petition which preceded the appointment of Mueller, and which provides a detailed analysis of the applicable law [ banzhaf.net/mueller.pdf ], that:

“The use of the word “will” in the applicable regulation makes it clear that this regulation, and its underlying statutory basis, requires and compels the Acting Attorney General (in this case) to appoint a Special Counsel if the three conditions set forth therein are met.  In this regard, the word “will” is stronger than the word ‘shall’ which was used in its predecessor statute, the Ethics in Government Act (Ethics Act), 28 U.S.C. §§ 591 et seq.”

“That statute provided, in its parallel provision, that the Attorney General ‘shall’ begin the process which can lead to the appointment of an Independent Counsel (formerly known as a Special Prosecutor). In an action brought by applicant John Banzhaf [hereinafter “Banzhaf”] to compel the then attorney general to act upon his request – similar to this one – to appoint an independent person to conduct the [Debategate] investigation, the court characterized the duty as “mandatory.” Banzhaf v. Smith, 588 F. Supp. 1489 (1984) (‘In addition to its mandatory nature . . .’)”

In addition to the Mueller appointment, Banzhaf notes another recent compelling legal precedent:

“More than a decade ago, there were allegations that the Bush White House leaked the identity of a CIA operative, Valerie Plame. To avoid even the appearance of a possible conflict of interest, then-Attorney General John Ashcroft recused himself from any involvement, instead leaving decisions up to his then deputy attorney general (until recently FBI director), James Comey. Comey, following the clear mandatory language of the regulation, the same regulation relied upon in the instant application, appointed a special counsel to investigate the Plame matter. According to some, this set the new standard which should be followed in the current situation. For example, former House Counsel Stan Bran said”:

“There was nothing that anything to do with what Ashcroft said or did in the campaign . . . He just decided to do this because of the mere fact that he was a political appointee of the president. . . .That’s the standard now. I think the attorney general of any stripe in any administration is in an untenable position of trying to conduct an investigation or even having people report to him when that investigation involves the president or his aides.”

Here, without taking any position on the validity of the allegations made by the ACLU, the case for an appointment of an independent counsel to avoid a conflict of interest is even more compelling because it is the AG himself, and not others within the current administration involved in the park incident, who is accused of unconstitutional criminal conduct, suggests Banzhaf.

Finally, notes Banzhaf, the strength and probative effect of the information necessary to warrant a criminal investigation is far less than necessary to obtain a conviction or even and indictment, arrest, etc.