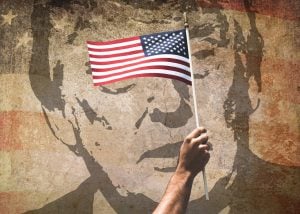 Two current news stories are quite revealing about President Donald Trump’s governing style. First, the revelation that Russian agents have been paying Taliban militants bounties to kill American and allied military service members. And second, the president’s retweet of a two-minute video of a parade of Trump supporters through a Florida retirement community.

Both stories quickly went viral, forcing Trump administration spokespeople to defend the president – and to minimize the importance of the stories. But it appears that the questions that have been raised about the president’s honesty and competence will take a lasting political toll.

The President Is Not Aware Of The Ongoing Russian Activity

According to U.S. intelligence reports — mainly information received from captured Taliban fighters — the payment of Russian bounties resulted in the deaths of some American troops in Afghanistan. But the White House is claiming that the president had not been made aware of this ongoing Russian activity.

But how could that be? Isn’t the president briefed every morning about foreign military threats to our nation? Surely this ongoing Russian activity must have been brought to his attention.

And yet, Trump is widely known to not bother reading even the one-or-two- page summaries of these daily reports. And he has been known to not pay attention to the oral briefings as well.

So it is entirely plausible that the president was indeed blissfully ignorant of these hostile Russian activities. Thus, it can be argued, the president’s gross incompetence provides plausible deniability.

There’s just one more thing. President Trump is well known for his extremely short fuse. One can only imagine his reaction to not having been told about the Russian bounties placed on the heads of American troops. Why haven’t we heard even a peep out of him? How could our commander in chief have been kept in the dark? And why haven’t  heads begun to roll?

Let’s now move on to the second news story – Trump’s video retweet of an  altercation at the Florida retirement community. On one side was a slow-moving parade of Trump supporters riding in go-carts.

The lead cart bore a large “Trump 2020” sign. A counter demonstrator began yelling at the man driving the cart, letting him know what she thought of Trump.

The man yelled back, “White power! White power!” while pumping his fist. Clearly this was an extremely racist provocation. Why would Trump retweet a video containing such a vile racist taunt?

But during a Sunday morning CNN interview on CNN, Trump had surprising defender, John Bolton. Bolton had served as Trump’s national security advisor. and had just published a book extremely critical of the president.

“He doesn’t pay a lot of attention to things.” So, his inattention to details – such as a supporter’s vocal support of “White power” may have gone unnoticed.

But considering that the man yelling “White Power! White Power!” appeared very near the beginning of this two-minute video, it is very unlikely that even Trump, a man with a remarkably short attention span, might have missed this racist rant.

I’d like to offer a less charitable interpretation. Perhaps the president did not see anything wrong with a man shouting “White power!” while pumping his fist. Just as so many Germans saw nothing wrong with saluting with an outstretched arm while yelling, “Heil Hitler!”

In both incidents, perhaps the only plausible defense of the president’s honesty is his gross incompetence. Despite the fact that the Russian bounties and his supporter’s blatant racism were both staring him in the eye, he was far too incompetent to even suspect that just maybe something might be at least slightly amiss.

Still, these two incidents have vividly demonstrated that President Trump is either profoundly incompetent or thoroughly dishonest. You can take your pick. Or you’re welcome to conclude that he is both.