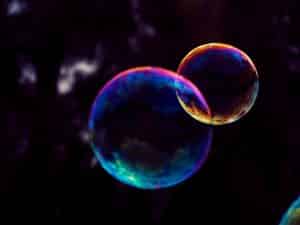 DeFi has been the talk of the crypto town after the space locked more than $2 billion. However, prominent influencers of the crypto community hint the formation of a bubble.

The completely decentralized part of the crypto-verse, Decentralized Finance [DeFi] has garnered immense traction over the past few weeks. For the longest time, the platforms on DeFi have been trying to push past $1.2 billion in terms of the total value locked. While this seemed nearly impossible, the DeFi lending platform, Compound Finance proved otherwise.

After Compound Finance released its governance token, COMP, both the token and the lending platform caught the eye of the entire crypto sphere. While the COMP token was lauded for its impressive price movement, the Compound protocol dethroned Maker as the face of DeFi. At the time of writing, Compound was seen stacking close to $700 million in the DeFi space.

As the focus on DeFi observed a soar, the total value locked in it hit an all-time high of $2.45 billion. With Compound accounting for $689 million and Maker for $627 million, it seemed like the DeFi space was heading towards the moon.

Furthermore, the phrase “yield farming” had also surfaced the crypto-verse as the DeFi craze prolonged. After receiving an APY of more than 100 percent, several onlookers jumped on to the DeFi bandwagon eyeing increased returns.

DeFi, A Bubble In Formation?

While DeFi took the crypto community by storm, several prominent faces of the crypto space hinted at the formation of a bubble. Crypto analyst, Mati Greenspan shared a tweet about the same. His tweet read,

Further elaborating on the fate of the bubble, Greenspan suggested that the bubble could either explode or even consolidate for some time. He also induced the idea of the bubble growing bigger than its current scope.

Greenspan wasn’t the only one who highlighted this, Ethereum creator Vitalik Buterin,  had previously pointed out that yield farming was short-termed. He tweeted,

“Realistically, many of the most valuable parts of defi are likely to be the most boring: just giving anyone in the world access to a crypto-dollar with an interest rate that matches inflation is already a huge boon to so many people. And we have that; we just need to improve it.”

Blockstream’s CEO had a similar perception towards DeFi as he tweeted,

is it just me or is “defi yield farming” scam 3.0 / ICO^3 when ICO^2 (ICO funded ICO platform) ran out suckers to rekt and spooked by regulator ire?

While speculations of the DeFi bubble bursting is underway, the hype around the COMP token has definitely taken a hit. Even during altcoin rally, when the entire crypto market turned green, the COMP token did not witness significant growth in its price.