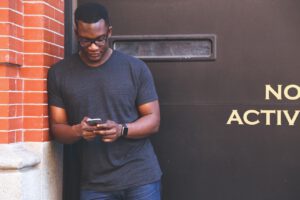 It’s Not Enough: Congress Extends Deadline For PPP Program That Is Broken Beyond Repair

Watchdog Calls for New Transparent, Accountable Program That Can Save The Struggling Small Businesses That Are Still Left

WASHINGTON, D.C. – Last night, the U.S. Senate passed a measure to extend the application deadline for Paycheck Protection Program (PPP) loans to August 8th — a move that provides five more weeks for businesses to get aid but does not address the fundamental flaws in the program that has denied access to relief for thousands of struggling small businesses it was intended to assist. The measure now goes to the U.S. House of Representatives for its approval. Government watchdog Accountable.US has called on Congress and the administration to turn the page on the Small Business Administration’s secretive, corrupt, mismanaged PPP program and ensure a fairer and more transparent system for getting relief to the small businesses that need it most, especially in communities of color.

“Moving goalposts and making constant tweaks will not fix this program’s fundamental flaws,” said Kyle Herrig, president of Accountable.US. “The administration designed a corrupt system that takes care of well-resourced, well-connected companies first while leaving behind minority-run businesses to undeniable and indefensible degrees. Instead of continuing down the same tortured path and hoping for a different result, it’s time for Congress to chart a new one that can streamline relief to the underserved communities and hurting small businesses that have managed to keep their doors open. Getting help to those who need it will require a program that is fully transparent, data-driven, and accountable.”

For months, Accountable.US has called for full transparency and sharply criticized the administration for allowing large, publicly-traded companies to siphon off money meant for small mom-and-pop businesses. A recent report from the bipartisan Congressional Oversight Commission confirmed that CARES Act money has mainly benefited large businesses. The program has left many of the businesses impacted by the pandemic empty-handed as it failed to take into account the widely varying needs and limitations of small businesses around the country. At the same time, large chains and other publicly traded companies have jumped to the front of the line and received millions in taxpayer-funded bailout money.

Trump’s PPP Has Left Behind Tens of Thousands of Small Businesses and Will Continue to Do So Without a Reset in Priorities:

The post Congress Extends Deadline For PPP Program That Is Broken Beyond Repair appeared first on ValueWalk.