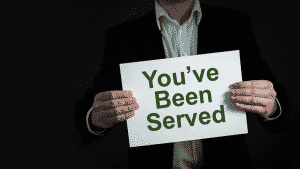 The original developing firm of the Brave Software has issued a legal notice to the non-anonymous open-source developers of the brave browser fork, without ‘the adware and BAT token.’

Dean van Dugteren, founder of the NOS platform who is a code contributor to the new project clarified her stance on the engagement with the community and thanked the anonymous leaders for bringing changes to the project’s identity. She tweeted,

“I am a code contributor and made an unofficial Discord community, but that’s it. Nothing else. I’m not even a co-owner of the Github repo anymore.” She also added, “I thank them (the new community) for their quick action to help protect their non-anonymous contributors from legal threats.”

As reported earlier on CoinGape, Brenden Eich, the creator and CEO of Brave.com had warned the developers about the ownership of the trademarks and copyrights of the browser. Hence, the forked browser was named ‘braver’,  but that seems to have incited legal issues as well.

The community Twitter page of the new open-source project has shared a sarcastic, but a seemingly compliant update. It seems like the legal notice prohibits them from using the ‘brave’ brand altogether. It tweeted,

Due to legal threats sent to one of our community members by a certain party, specifically looking to harm them financially because of what this browser is forked from, we are immediately changing the name and removing all association to “the browser that shall not be named”.

The open-source developers have now changed their name from ‘braver’ to ‘bold.’ It reflects the trademark laws against ‘similar trademark with similar goods or services.’

Moreover, they have also altered the logo of the new project which had a similar combination of colours and representation. Although, with an animal different from a lion. Now, they have changed the design completely which seems to fashion a fox in a different colour palate.

The backlash from the Community

Rebellious and open-source projects often seem to score better than centralized blockchains in the crypto community. Hence, the separation of the two identities of the two brands protects the original ‘brave’ team’s interest. However, leaders in the community are still distressed by the legal move. Whale Panda, an early crypto investor and analyst tweeted,

When you raise $35 million in a shady ICO for a useless token & can’t even build a decent enough product that doesn’t require you to automatically change urls to your ref links. And then you end up threatening open source devs.

He is referring to the automated Binance referral links which were getting activated automatically on the browser. Others like Riccardo Spagni, the creator of Monero, are probably content now that ‘brave’ has shown its’ true colours with the move.

How do you think this move will affect the userbase of brave? Please share your views with us.