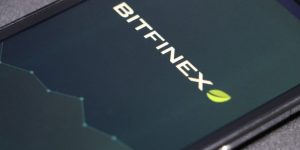 Prominent cryptocurrency exchange, Bitfinex, and stablecoin Tether have been denied a change of jurisdiction and must face suit in New York.

As the popularity of the crypto-verse surges, the number platforms part of it also soars. Controversies don’t fall far behind. While some are accused of carrying out scams, a few others are called out for market manipulation. The law doesn’t spare anyone, not even the biggest names of the industry.

Prominent cryptocurrency exchange, Bitfinex, and the world’s largest stablecoin Tether [USDT] have been in troubled waters following an indictment of market manipulation and fraud. While both, the cryptocurrency exchange and Tether denounced all the allegations against them, the New York Attorney General Letitia James held all the companies responsible for hiding losses in both corporate and client funds. However, the defendants called for a change of jurisdiction as the companies were registered in the British Virgin Islands.

As reported by Bloomberg, the Supreme Court of New York denied Bitfiniex’s appeal where the cryptocurrency platform debated that New York had no right to proceed with the case. However, the court ruled on 10 June 2020, that the exchange would have to face the New York Supreme Court as the traders that had used Tether [USDT] were from New York. Furthermore, many of the staffers of the companies had also worked in New York.

Bitfinex has undoubtedly been one of the most popular cryptocurrency exchanges, in the industry. The platform has been rolling out several updates and making additions to the exchange. Tether on the other hand has been making news over its market capitalization that has been on an upward trajectory. Recently, Tether even overtook the prominent crypto asset, XRP in terms of market cap. While both Bitfinex, as well as Tether, have been witnessing eventful upgrades, the latest news lands the crypto platforms in troubled waters.

Both Tether and Bitfinex have denounced all the accusations that have been previously made against them. However, both the platforms are yet to comment on the New York Supreme Court’s latest move.