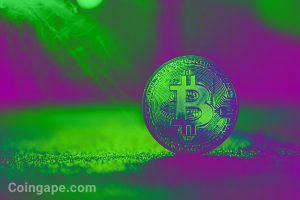 Bitcoin/US dollar perpetual inverse swap contract has resumed the downtrend following a rejection from levels close to $9,500. A short-lived rally broke out above a symmetrical triangle pattern but it did not hold water.

The reversal underway is testing the strength of the initial support at $9,200. Moreover, the immediate downside is supported by the 50-day Exponential Moving Average (EMA). The retreat has already pushed the price back within the apex of the symmetrical triangle pattern.

Read more: Bitcoin Price Analysis: Why BTC/USD Breakdown To $8,000 Is Around The Corner?

It is important that bulls are aware of the possible dire declines if the XBT/USD slide under the triangle support. First, the support at $9,000 would be in jeopardy. Second, more sellers could enter the market and push the price towards $8,000 in order to create opportunities for buying the dip.

Meanwhile, there is a possibility that XBT/USD would contain the losses above $9,200 in favor of a consolidative movement. Consolidation would also allow the bulls to find balance, increase their entries in anticipation of a rally towards $10,000.

Technically, sideways trading is the dominant trend likely to take precedence in the coming sessions. A glance at the RSI shows that sellers have a slightly upper hand but the gradual movement of the RSI hints that Bitcoin could settle for horizontal price action. Also putting emphasis on the ranging motion is the MACD at 0.00 (midline). A break into the positive region would pave the way for gains above $9,400. However, a return of the MACD into the negative zone could see selling positions increased and XBT spiraling under $9,000.