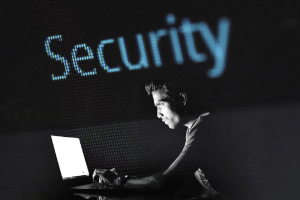 Malware is a program that runs on a system to exploit the resources of its owner. The programs are installed via downloading or even opening e-mails, through certain websites or infected USD drives.

The programs can now infect the system via cryptojacking (unauthorized mining), blocking the PC entirely (ransomware) or modifying or using other personal details. In some cases, the malware changes the receivers address while sending a Bitcoin transaction. Hence, very difficult to detect if the user is not careful.

One such malware has had over 3 confirmed reports according to sources. The total amount received in the BTC address in $71,092 at current prices. The details of the address can be found here.

Twitter hackers managed to dupe victims into sending about double the amount of the malware mentioned above. The drastic event on 16th July targetted popular accounts of the likes of Barak Obama, Bill Gates, George Bush, Joe Biden, Elon Musk and 31 others. The attackers sent out 3 Bitcoin addresses to run a giveaway scam by promising to double Bitcoins.

The Bitcoins from the 3 address are now being hidden by using mixing techniques. Nevertheless, Chainalysis, an on-chain analytics firm investigating into the issue might be getting closer to the hackers. It tweeted,

Most of the funds were then consolidated in the Bitcoin wallet address below, which we’ll refer to as the scam cashout address. pic.twitter.com/9gW9bfwumX

The firm also found that the address has been active since May 3, 2020. It has interacted with several cryptocurrency services. There might be a chance that they can use the address to zero-in on the attacker. They firm withheld revelation of any other information. As per a Wall Street report, the FBI is handling the case in the US.

How do you propose crypto users protect themselves for cyber theft? Please share your views with us.