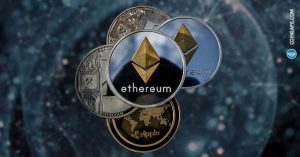 While several members of the cryptocurrency community have been awaiting an altcoin season, crypto analyst, Nicholas Merten brought some hope to them. In his latest YouTube video, Merten talks about a potential alt season.

Litecoin In For A 400% Gain Against Bitcoin

Over a decade ago, Bitcoin was dropped into the market by Satoshi Nakamoto. This further paved the way for many more cryptocurrencies that entered the market over the years. Despite, the existence of numerous altcoins, Bitcoin has always maintained its dominance over the crypto-verse. However, prominent crypto analyst, Nicholas Merten suggested that altcoins have a chance to take over the crypto market.

On his YouTube channel, DataDash, in a recent video, Merten pointed out that long term indicators were inclining towards a reversal.

This year the price of the second largest cryptocurrency has witnessed significant fluctuations. During the peak of the pandemic, the altcoin submerged to a low of $106.25. However, the coin found its path to recovery and has been mostly moving sideways now. The crypto analyst, Merten believes that Ethereum’s price was moving favorably with higher lows and limited sell-side activity. He further added,

“Now, all we’re looking for is for higher highs compared to what we have set back here in December of 2018.”

Litecoin, on the other hand, could possibly garner a 400 percent gain against Bitcoin is the coin moves up to the exit zone.

Furthermore, Merten suggested that these altcoins could continue to move sideways for a while, however, this could also act as a catalyst. He stated,

“….if one or two of these dominoes are starting to showcase that it’s probably going to start a whole storm for the entire crypto industry to the upside.”

Despite the several partnerships that Ripple is getting into, the price of XRP hasn’t witnessed any significant surges. However, things are probably about to change for XRP. Merten pointed out that a descending wedge took over XRP in 2016 and 2017 and lasted almost a year. Soon after which the altcoin witnessed the biggest breakouts in crypto history. Once again, XRP has formed a descending wedge and an upward trajectory could soon take place.

Additionally, altcoins with a smaller market cap like Kyber Network [KNC], Kava [KAVA], iExe RLC [RLC], Ren [REN] along with several others are in for a potential rally. However, the volatile nature of the crypto market could impact the predictions.