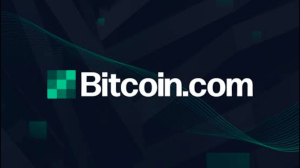 Is YouTube continuing its anti-crypto movement or Roger Ver’s Bitcoin.com just got reported for shilling Bitcoin? Today, YouTube has reinstated Roger Ver owned Bitcoin.com’s channel which was banned apparently for ‘no reason’ as cited by Ver. YouTube error message noted during the ban was, ‘violation of terms of service.’

I suspect probably a bunch of these Bitcoin Core anti-competition maximalists falsely reported the video saying ‘It’s a BCash scam, or some nonsense like that.

Nevertheless,  YouTube’s war against crypto has been on for a while now. The video streaming giant has to do a complex job of filtering scams and Ponzi promotion on its’ platform, whilst maintaining an inclusive culture.

Another clear sign of @YouTube‘s anti-crypto agenda.
The official channel for bitcoin.com has been purged for “violation of terms of service.” Of course, that channel is the number one proponent for Bitcoin Cash, so in a way… they’re doing #BTC a favour.

In the comments section on  Reddit, Ver proposed a move to other platforms. He noted,

That was the whole point of my video. We should build alternatives to Youtube.

The argument has risen quite a few times. Most recently, when derivates trader and educator, Tone Vay’s channel got banned temporarily from YouTube, he pawned upon the idea of alternatives as well. However, has continued to post on YouTube as it got reinstated soon.

Previously in December 2019 during large-scale crypto channel shutdowns, as well, content creators expressed desires to move to more decentralized platforms. Nevertheless, it usually lasts in the spur of the moment only, and removal of ban restores the previous inertia.

As for Bitcoin.com as well, as the ban has been removed now, Ver will is likely to follow the crowd as well. YouTube, is in fact, the leader in the space. Moreover, there have been many instances of temporary bans over the crypto channel, but restoration follows in a day or two.

Do you think that moving to a decentralized platform is a better alternative? Please share your views with.