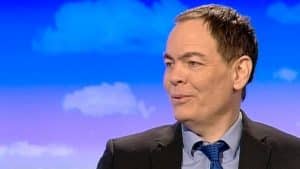 There are a number of renowned investors like Warren Buffet, Jim Rogers, Peter Schiff and so on who reject the idea of Bitcoin. Among them, Schiff is one of the leading critics, voicing his scam and Ponzi call on Bitcoin and crypto on a regular basis.

According to Max Keizer, these ‘not’ Bitcoin influencers are the one’s who indulge in FOMO at highs later. He tweeted,

@PeterSchiff Jim Rogers, @mcuban (Mark Cuban) and other pre-coiners represent huge pent-up #Bitcoin buying demand. When they finally understand it, they’ll go all-in with huge buys. I 100% guarantee this to be the case.

He suggested that Peter Schiff is going to trigger a panic buy at $50,000.

McAfee and the ‘Karen Meme’

Moreover, he also went onto attack John McAfee, the founder of McAfee Anti-Virus, who stepped down from supporting Bitcoin to other cryptocurrencies.

McAfee was popular in the crypto community for his $1 million/Bitcoin prediction. However, he shifted his belief to a tokenized world with other cryptocurrencies leading the payment charge. According to Keizer, the purpose of shilling and marketing altcoins is only a futile attempt to replicate the early gains in Bitcoin.

This has some truth in it as altcoin investment has usually been motivated to ‘stack sats.’ Keizer tweeted,

Example of someone who’s *not* a #Bitcoin influencer: John McAfee He came to BTC late (was already past $2,000) And after initial, splashy outrageousness – proceeded to wipe out Bitcoiners globally with his extremely dodgy ‘coin of the day’ scam #KingOfScammers

He went on the call Mrs McAfee a ‘Karen’ (referring to the meme a snout ignorant woman) who replied in John’s defence. However, Keizer continued to indicated that McAfee is suited to shill ‘Karencoin.’ McAfee had a humble response to Keizer and refrained from going into the specifics. He tweeted,

@maxkeiser has, for some reason, been trashing me recently. I do not mind. I am, indeed, very trashable. I do, however, respect Max, and even included him in my top 50 list of Crypto Influencers – each with their own movie poster:

Do you agree with Max Keizer’s views? Please share your views with us.