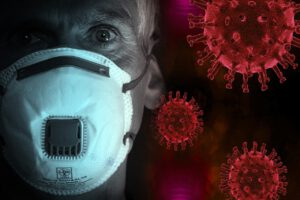 Trump Minimized The Threat Of COVID-19

WASHINGTON, D.C. – One hundred days ago today, as the United States passed 10,000 confirmed cases of COVID-19, passed 100 deaths, and the virus officially spread to all 50 states. In the months leading up to this initial surge, Trump spun tall tales that minimized the threat of COVID-19, and contradicted facts on the ground. That didn’t stop him from claiming at a March 17th Coronavirus Task Force press briefing that, “This is a pandemic. I felt it was a pandemic long before it was called a pandemic.”

In that time “long before” he claimed the threat of the pandemic’s severity was widely acknowledged, Trump himself ignored multiple intelligence briefings warning him about the impending crisis and tossed aside the National Security Council’s 69-page playbook with guidelines on responding early to a pandemic.

And in the 100 days since Trump’s claim, even as the U.S. has seen over 114,000 deaths, he has moved to disrupt and dismantle even the limited infrastructure the administration had set up to address the crisis.

Trump disbanded the Coronavirus Task Force, reassigned testing czar Brett Giroir, and even suggested yesterday his intention to pull support from community-based testing sites nationwide — including in Texas, which is seeing a new surge in cases of the virus.

Follow along as Accountable.US tracks day-by-day the Trump administration’s failures 100 days ago on its website and on social media.

The post Trump Tried to Rewrite His History of Downplaying the Threat of COVID-19 appeared first on ValueWalk.