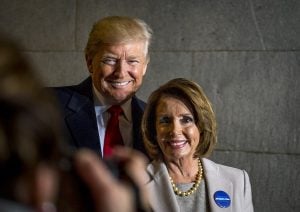 WASHINGTON, D.C. — In the face of mounting pressure, the Trump administration announced that they would release basic information on recipients who received more than $150,000 under the Paycheck Protection Program. The announcement comes after Accountable.US had repeatedly called for full transparency. Unfortunately, today’s announcement falls short of full transparency as basic information on close to a million loans may still not be disclosed.

“The American people shouldn’t have to shame the Trump administration to find out how $500 billion of their tax dollars are being spent — money intended to help small businesses keep people in their jobs. Transparency should be the default,” said Kyle Herrig, President of government watchdog Accountable.US. “This is a step forward, but this will still not reveal how many small businesses have been left behind during this pandemic – where an estimated 40% of black-owned businesses were shuttered in April alone. With the Main Street Lending Program launching this week, the Trump administration should err on the side of greater transparency from the outset.”

For months, Accountable.US has called for full transparency and sharply criticized the administration for allowing large, publicly traded companies to siphon off money meant for small Mom-and-Pop businesses. Tonight’s announcement still falls short of what advocates have called for by not disclosing parent companies or how much money will be forgiven. Instead the administration will merely disclose “business names, addresses, NAICS codes, zip codes, business type, demographic data, non-profit information, jobs supported, and loan amount ranges” and only for companies that took more than $150,000 in money.