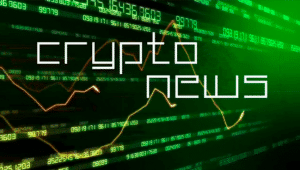 Here’s a recap of top cryptocurrency news headlines of the week. From Digital won to bitcoin ETFs the crypto space has witnessed an array of developments this week. Let’s dive into actions.

The week started off with the news of South Korea’s Bank of Korea [BOK] setting up a legal advisory committee to prob the potential legalities surrounding the launch of a CBDC. The committee consisted of a group of six members including two lawyers, three professors, and a member of the Bank of Korea. The country recently legalized cryptocurrencies and ever since, the crypto scene in South Korea has been making extensive progress.

While several countries have been looking into CBDCs, Kazakhstan took a huge leap and is even expecting revenue from crypto mining. Recently, the Kazakh Minister of Digital Development Innovation and Aerospace Industry, Askar Zhumagaliyev revealed that the country has been expecting a total of $738 million through digital mining activities over the next three years. The report suggested that the country has already incurred a total of $201.7 million through Kazakhstan’s existing 14 digital farms.

XRP Not A Security

Former U.S. Commodity Futures Trading Commission [CTFC] Chairman, Christopher Giancarlo shared an article on 17 June 2020 titled International Financial Law Review. In the article, the former CTFC Chairman asserted that XRP was not a security but a liquidity tool as its nodes are amply decentralized similar to that of Bitcoin and ETH.

Malta-based cryptocurrency exchange, Binance entered the Indian cryptocurrency market with its acquisition deal with WazirX. Now the exchange has taken a step ahead by finding a place in the crypto committee of the Internet and Mobile Association of India [IAMAI]. Binance desires to aid the policymaking process pertaining to cryptocurrencies in the country.

Clayton Bids Adieu To SEC; Bitcoin ETFs May Have A Chance

Jay Clayton, the Chairman of the United States, Securities and Exchange Commission [SEC] is reportedly being transferred to the Southern District of New York to serve as the United States Attorney. Soon after this news broke out, several from the crypto community started speculating the fate of Bitcoin ETFs. Over the past years, Bitcoin ETFs have seen nothing but rejection. However, the appointment of a new Chairman could lead to these ETFs seeing the light of the day.

Prominent cryptocurrency exchange, OKEx, and peer-to-peer Bitcoin startup, Paxful have joined forces. The latest partnership aims to make digital assets more available as a real-world payment method. Further, OKEx hopes to reach several countries through Paxful. The P2P platform also revealed that it had discontinued its services in Venezuela because of U.S. sanctions.

Did we miss something in our cryptocurrency news recap, let us know in the comments.