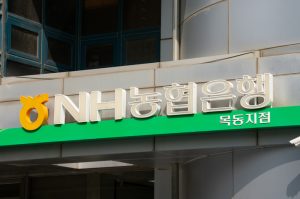 South Korea’s NH Nonghyup Bank has signed a memorandum of understanding with a law firm and blockchain in the country to facilitate research as well as the development of cryptocurrency exchanges.

Cryptocurrencies have taken the world by storm. From associating these digital assets with illicit activities on the dark web to countries and mainstream companies rolling out their own digital currencies, the industry has come a long way. One such country, China seems to be making headway in the same. Other Asian countries also have been joining the bandwagon.

As per recent updates, South Korea’s NH NongHyup Bank revealed that it has entered into a partnership with Hexlant a local blockchain technology platform as well as Bae, Kim & Lee, a Seoul based law firm. The bank’s latest partnership aims at rolling out a “consortium” in order to develop monetary services that use digital assets.

According to The Korean Herald, NH Bank has signed a memorandum of understanding with Hexlant and Bae, Kim & Lee to set up an institution that focuses on the research as well as the development of cryptocurrency exchanges.

The Senior Vice President of the NH Bank, Jang Seung-hyun commented about the bank’s latest venture and said,

“Through the consortium, we will step up efforts to take a lead in the local cryptocurrency industry.”

NH Bank wasn’t the only one to venture into the industry as another prominent bank of South Korea, KB Kookmin Bank is looking into rolling out a crypto custody service, eventually.

Many countries have been looking into developing their own CBDC’s further giving rise to speculations about the fate of Bitcoin.